*takes a sip, may had snuck a couple bites of chocolate chip cookies during that sip. Looks over at the stack of cards next to me and it's now time for some Cards Over Coffee*
This past Saturday, my childhood best friend Brian came over to my house for the first time since moving back here. Between working 55 hours a week and the unpacking still, he hasn't had time to stop by. But, he finally had the chance to squeeze some time in for me and took a good portion of this past Saturday off to do so.
Not only had it been years since he lived here, but it has also been over 20 years since we last played sports against each other. Let me tell you what, it was just as much fun as it once was.
*takes a sip before continues on*
Back in the day, 80's and 90's, Brian and I would spend 6am until 9pm outside. We would wake up, grab a few Mountain Dews, a bag of beef jerky and his boombox and we were rocking. Some days it was football (a lot in the winter), other days it was basketball and summer days were mainly spent playing baseball. It was 1 on 1, 9 innings of pure fun.
When he arrived Saturday, I made sure we would bring back some of those memories...now in a much older time. Gone was the boombox (didn't want the loud music for my in-laws) and the Mountain Dew (I can't have caffeine), and baseball but I came in with the fun with..... Wiffle Ball.
*takes another sip, starts to think about some form of breakfast today...probably not beef jerky*
Ah yes, Wiffle ball. The game with a plastic ball that has holes in it that makes the ball curve all wacky. It's not baseball, but just as if not more fun...when you are older.
So I set up a field, 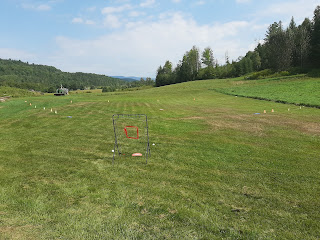 (cones serve as foul poles and a homerun line. Also own a backstop for a strikezone) 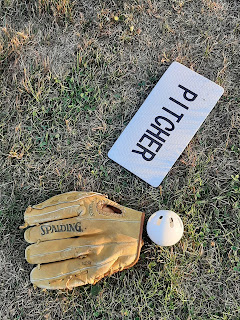 (my wife's glove and ball on the pitchers mound) 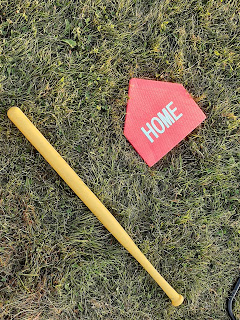 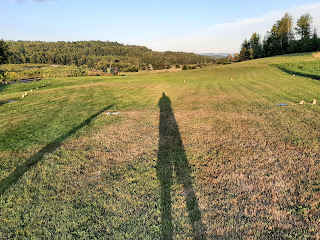 (I am not that tall, though some may see me this way at 6ft 2in)
And we played.
The game that was over 20 years in the making went to extra innings with myself coming out victorious. It was a ton of fun, but after throwing all of those pitches, my arm is still feeling it. Hello heat, Icy Hot and Salonpas and of course not all at the same time.
I realized after giving up a lot of hits that I  may not have the arm I once had (back when I pretended to be Randy Johnson), but my offense was still rolling. It may have helped that I still attempted my best right-handed Ken Griffey Jr swing. Though it is near impossible to mock either right or left handed for anyone. Ken Griffey Jr was da man as they say.
*takes another sip, then another, well finishes the cup. Gets up and quickly gets a second cup brewed and returns to sitting to continue on with today's post*
Ken Griffey Jr's swing was only apart of the reason I followed him and his career. He was also an incredible Centerfielder and an icon for baseball. He was a player I quickly jumped on collecting as well.
However, over the years, even though I haven't really ever quit collecting, I have been on and off with Griffey. It's sort of been a rollercoaster ride with my collecting of him. In the 90's, my friends and others knew me as the Griffey guy as my collection grew to 300 different cards back then. But, as the 2000's hit, I dropped Griffey some especially after he had multiple injuries and put my focus on football. Since then, I will trade/add some, then take a long break only to add some more later on.
I would be safe to say though, about 95% of my Griffey adds now are thanks to my friend Shane of Cheap Wax Wednesday fame.
Which is where today's nice stack of Griffey's came from. 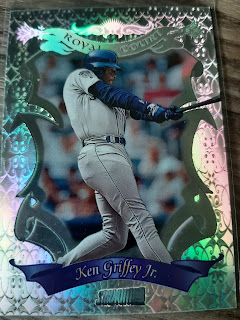 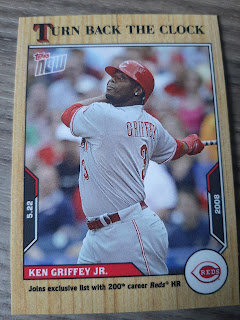 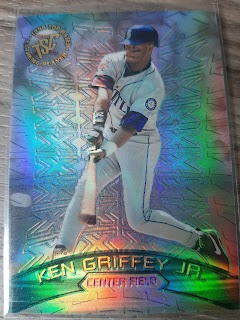 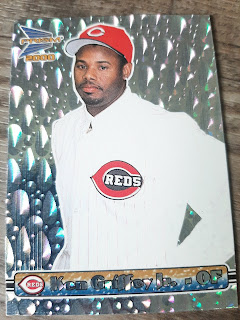 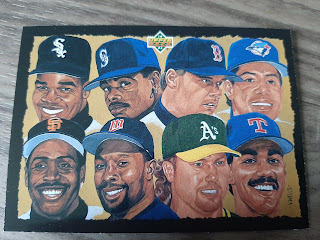 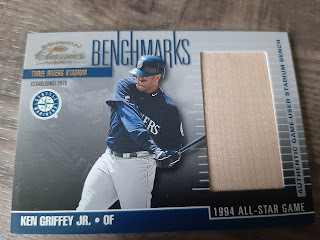 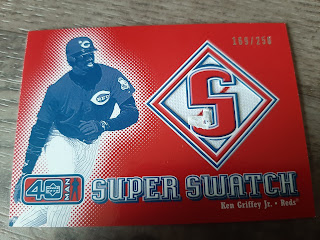 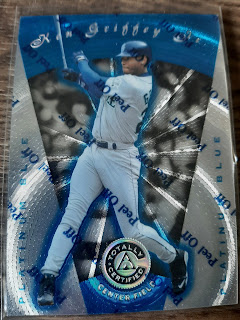 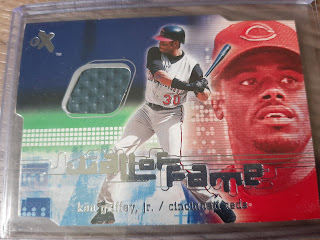 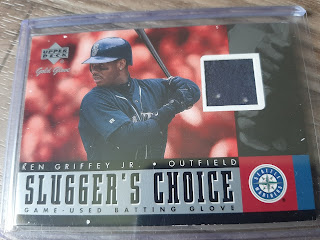 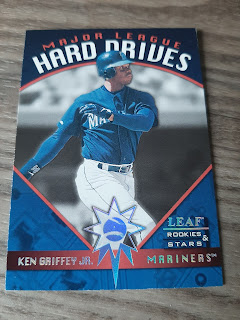 I may note that these are only a few of my adds from Shane as I focused on the best for today, there were a lot more that aren't featured here. I will save those for another time and will have to do a recount on my collection to see how far past 1,000 different cards I am now.
With my rollercoaster collecting of Griffey, I have found a big key to my new adds. I mainly focus on cards that are either numbered, relics and autographs or anything eye appealing. You know, the shiny stuff. With well over 16,000 cards out there for Griffey and with it being a rollercoaster PC, I feel I have the right to be fussy. It's not like I am really Super Collecting him and need every card like I do with Rodney Hampton.
*takes a sip before closing up today's post*
Before closing, I just wanted to thank Shane again for the trade that helped me add the above Griffey's and any future trades when I ride that rollercoaster of needing to add more.
My friend Brian before he left said he would be back in a couple weeks for another round of Wiffle Ball, maybe some football and a game of Madden. 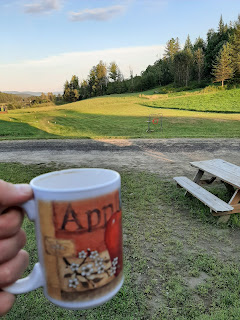 Until then, I will enjoy my cup of coffee, overlook the field and hopefully rest my arm up for next time. Maybe even get out there and practice my Griffey swings again.
*Coffee Card Blogger Out*
Posted by Matt at 9:27 AM