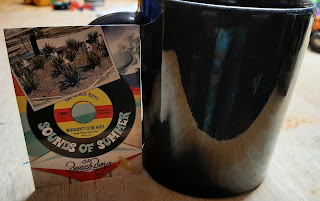 *Cards Over Coffee time. Time for a hot cup of brew as I sit here on the beach listening to the Sounds of Summer. By beach I mean my kitchen. By sounds of summer, looking at this card. I would rather play pretend then look out my window and see the wind whipping with -20 temperatures*
Coincidence. This is defined as a "remarkable concurrence of events or circumstances without apparent causal connection."
A couple of weeks ago, I was out and about on social media (mainly Twitter) looking for trades without much success. It wasn't that I didn't have plenty to trade, they just didn't have anything I needed. So I figured I would give it a break and go back and try after a few days.
This is where the coincidence comes in.
A day later, I received not only one, but two emails seeking trades from people I had never had any interaction with before. One was from a reader and one was from a fellow blogger whose blog I hadn't heard of before. It was quite odd and something like that never happens to me.
Coincidence? You tell me.
I began the conversation with both blog reader Oren and blogger Johnny from Cards From The Quarry and we all worked out trades pretty quickly.
We also mailed pretty quickly. What a coincidence that we all are easy to trade with and mail quickly?
*takes a sip, begins to look back through the small stack of cards from the trade and takes another sip. Time to show off what I landed*
First, I will show off my trade from Johnny.
I collect a lot of non sport cards from base to inserts to hits. I like having pieces from some of my favorite actors/actresses and musicians. 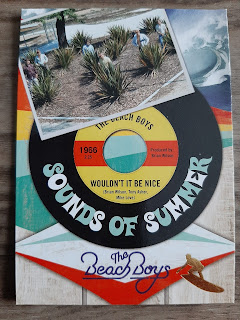 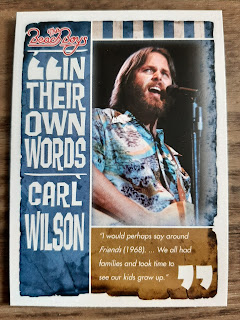 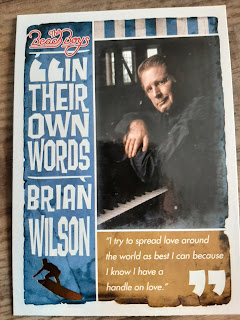 I never got my hands onto any of the Beach Boys trading cards to open, but I have picked up a few relics. My father actually found a Brian Wilson autograph at a Yard Sale for cheap but sold it before I had the chance to make a trade for it. Curses!
The next two cards I landed in this trade were Giants. 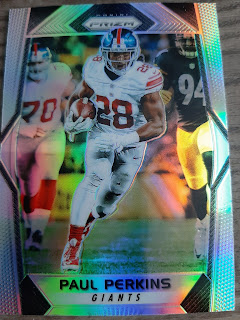 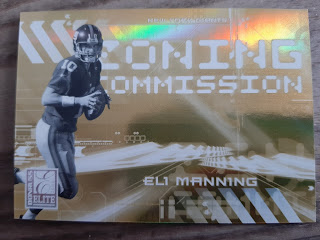 Eli Manning Zoning Commission that is numbered to /1000
I think I already have a copy of this Manning, but I don't mind a second and being numbered I consider this a new card to the collection. Different Numbering=Different Card.
My final card in this trade I mentioned to Johnny how I collect 90's inserts from 1995-1999 and it didn't matter the sport. 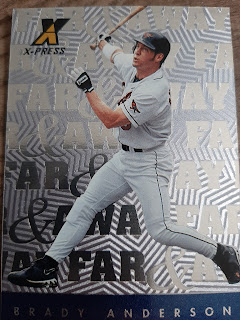 So he passed along this fun surprise. Far&Away insert from Pinnacle X-Press.
Thanks for the trade Johnny!
*takes a sip, then another, then chugs the rest of the cup. I need another cup now.*
*brews another cup, gets ready for the next part*
My next trade comes from blog reader Oren. He read my post on collecting what you enjoy and not what is hot because that's what collecting is truly about. He also noticed how much I was into non sport cards and sent me a list of available ones he had.
All of which caught my attention. 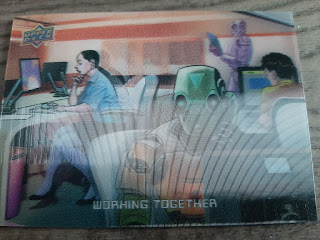 2018 Goodwin Champions When Robots Rule The World were randomly inserted in packs. I hadn't ever seen one before and actually had to look it up before I traded for it so I knew what I was trading for.
The next cards are Harry Potter. I loved the movies, but there wasn't enough coffee in the world that would help my mind focus on reading the really in-depth books. Usually a book is better than a movie, but not in this case. At least to me. 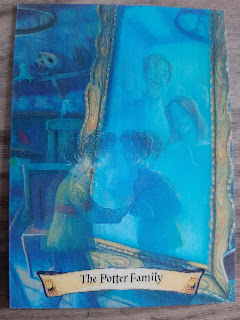 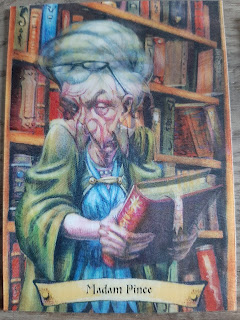 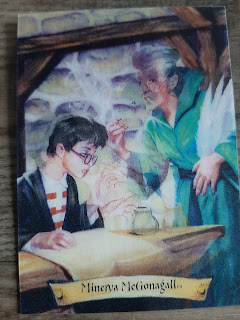 All three of these cards have a Sportflix feel to them. Or in Harry's world, they are magically moving. 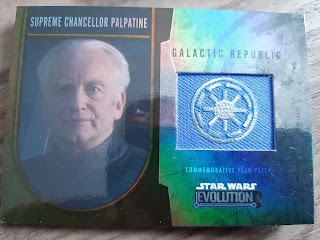 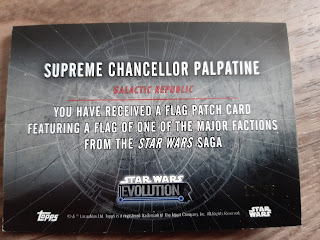 It is also numbered to 25 as well.
Thanks to Oren for the trade.
I hope to see both of these guys come back for more trades and actually Oren and myself are working already on a second one.
*takes a sip before finishing up the post*
I was hoping receiving that Beach Boys Sounds Of Summer card that the next day coincidentally would be summer. That wasn't the case however and won't be the case all week with cold weather still around.
I guess that some coincidences are simply just coincidences.
Posted by Matt at 8:30 AM