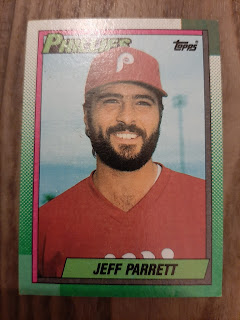 Jeff Parrett best described the mood when my mother-in-law this fall said she had a neighbor who dropped off some baseball cards to her. It was pretty obvious where she would be dropping them off to next.
When I saw her car pull in the driveway, I looked out the window like a dog waiting on it's owner to return from a quick shopping trip. The only difference was I didn't pounce on her when she came into my house. I can't say that I didn't try to rip the bag from her hands though.
The excitement of new cardboard soon diminished when I looked in the bag, 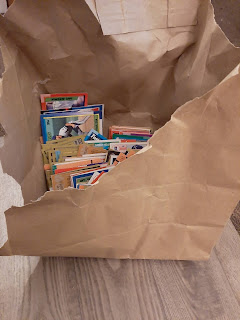 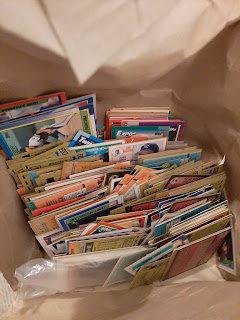 *takes a sip with the same reaction behind the mug*
My eyes are not as great as they used to be, but even they could see cards tossed in a bag and apparently from the "junk wax" era as well.
The "Junk Wax" era has its nostalgia and hits home for a lot of collectors, for me though, it doesn't. I started collecting in late 1993 into 1994 which is past that era so those cards for me are more annoying than anything as I have already more than filled up my collection with needs from that timeframe.
So my only hope was that something magical was hiding in this bag. Maybe even a unicorn.
*takes another sip, revisits the bag again in my mind* 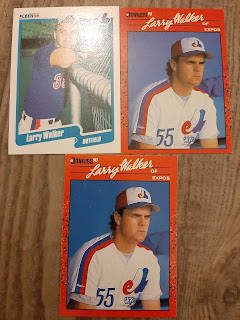 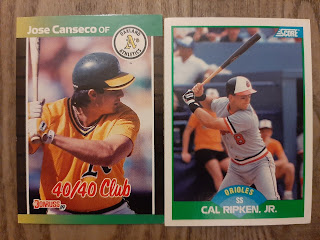 A couple of big names, maybe this bag will surprise me after all. 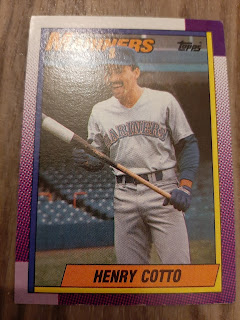 My anticipation to keep digging expression
Then came the endless pit of 1990 Donruss, 1989 Topps, 1989 Donruss and 1988 Topps I expected. Not a single solid player in that mix either and the condition was questionable as you could already tell from the ravaged cards.
Then I caught a bit of a break and found a few decent cards in the mix. 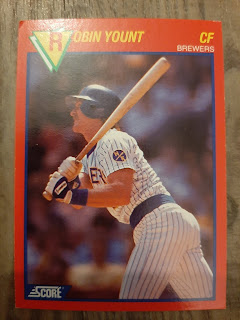 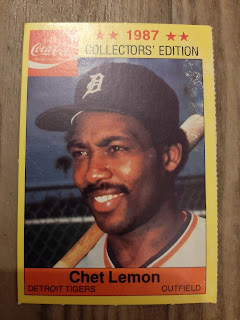 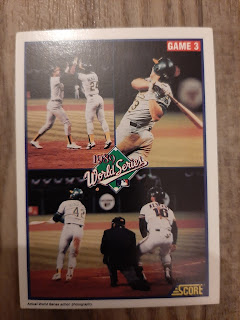 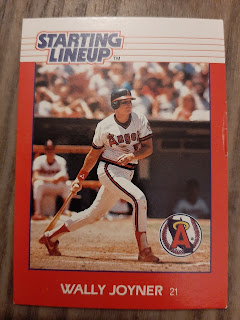 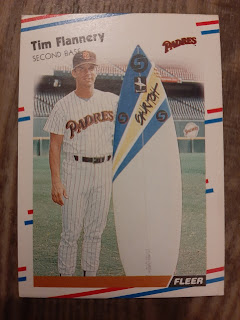 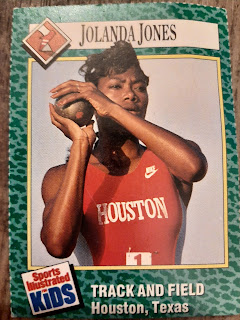 (I always like finding earlier SI for Kids cards)
In the bag picture above, if you spied it correctly, there was a baggie in there. That baggie I set aside and saved for last just "in case" it was the "bigger cards" in the bag. 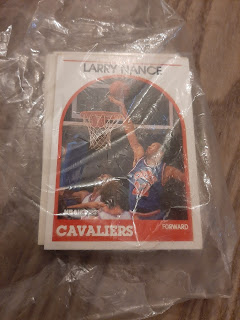 It appears to be a baggie full of basketball cards. Larry Nance kicks it off.
*takes a sip, begins to.....unseal? Rip? Open?*
And I was right about it being all basketball, 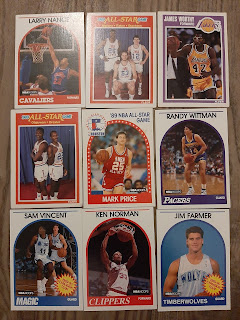 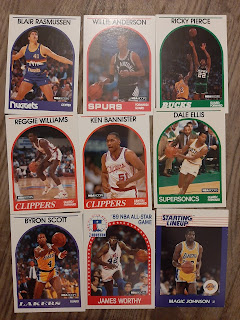 Then followed up with another James Worthy, Byron Scott and Magic Johnson.
Not a bad way to end the bag of mystery.
*brews another cup of coffee to finish up the post. Sits at the table to type and takes a sip*
I pulled out some of the cards to add to my collection while others will find a new home in my box of dupes. That box gets picked through for extras in trades and sometimes given to kids who come to my yard sales as my help in expanding the hobby initiative.
Posted by Matt at 8:30 AM