How I Got A 2011 Topps Update Mike Trout

*sits down, takes a sip hoping that the coffee will help with the head cold feeling. gets computer ready for a new post of Cards Over Coffee*
This summer, I landed the biggest card on my want list in the most unorthodox way. I always predicted myself to trade for one if I was ever lucky enough to do so.
I never expected one to fall into my lap.
*takes a sip*
This summer I had a text from a local friend that included this stack of cards. 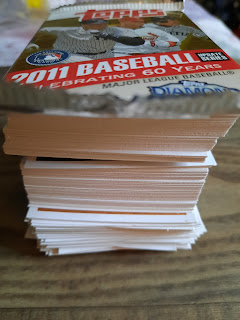 And he asked if I was interested since he doesn't collect or know anything about sports.
Okay...I see the 2011 Topps Update wrapper right on top....of course I am!
He told me they were mine if I wanted to go pick them up.
I would have jumped in the car immediately; except he was at work, so I waited until the next day.
When I got to his house, we talked a bit about fun memories, since it had been a while since we had seen each other, and he handed me a Walmart bag with the cards in it. He explained to me how he had bought a dumpy mobile home to fix up and flip and how these were sitting in a pile of junk in the mobile home. From the pictures he showed of the place, there must have been one of those people from the show Hoarders living in there.
It was gross. We are talking animal feces, cat peeing on the walls, trash, food, clothing, you name it. It was there. I told him he should have made a before and after video of it.
Not a place I would drink coffee in and do a new post for Cards Over Coffee that's for sure.
So, we talked for a bit more and said our goodbyes and I went home with a Walmart bag full of cards.
*takes a sip before showing off the cards*
I got home and dug right in. I do the same thing with mail days and retail rips. 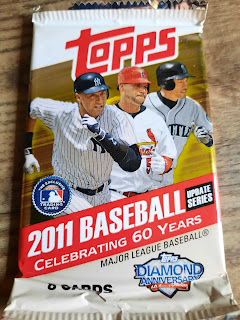 We will start with that wrapper on top, when I pulled it out of the bag, I thought it was actually a sealed pack, but it wasn't. But, it appears the person used it to protect some of the cards and stuck some parallels in the opened wrapper. 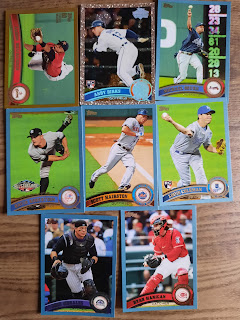 Here is what I found in there. Nothing too special, but I do like those diamond parallels. Still one of the best Topps parallels all -time.
Along with these, there was a big stack of base and tons of parallels. I won't bother with the base show off since you guys aren't here for that, but here is what else I found, 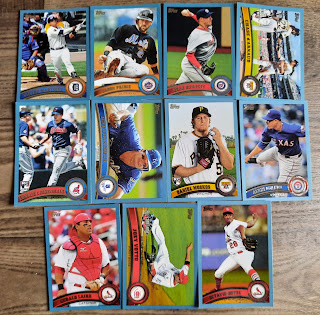 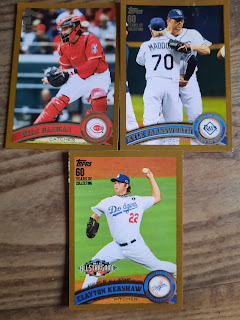 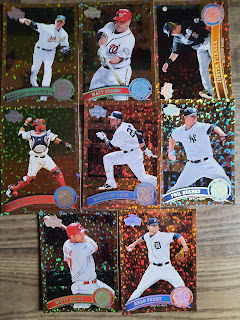 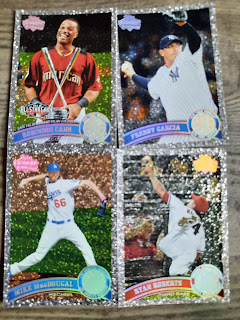 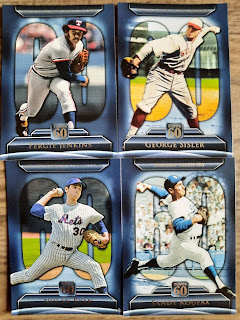 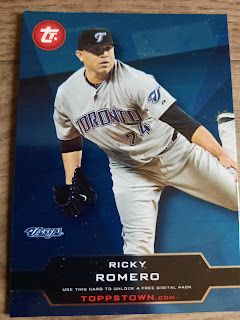 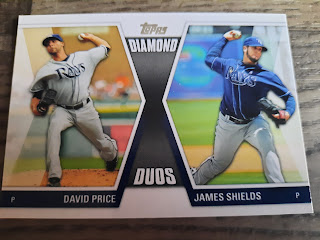 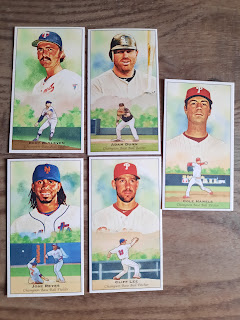 Being in a Walmart bag for storage without protection hurt some of the cards. There were some bent corners on the base stack and a couple of the parallels.
Fortunately, the key cards from the stack appeared safe from that. 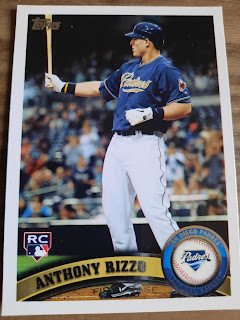 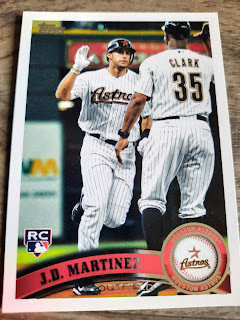 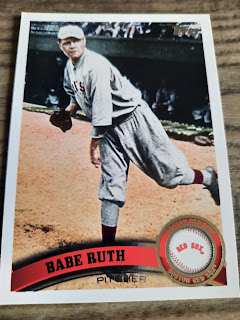 Babe Ruth Sp. Wrong team, so I mailed this to my friend Shane for Christmas.
And the real reason you are here..... 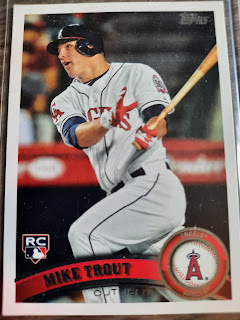 Mike Trout Update Rookie Card.
I was hopeful throughout the stack but wasn't expecting the Trout to still be in there. This was close to the bottom of the pile and as everyone on Twitter states when they find a big pull, "my hands were shaking".
And there you have it, that's how I got a 2011 Topps Update Mike Trout.
*takes a sip before finishing up the post*
I have never experienced this kind of luck in my life before. I see it all of the time but have never actually had it happen to me.
And yes, I told my buddy about it who had no idea who Mike Trout is. I assumed even the casual person does.
Thoughts on this collection, if you own a Trout Update rookie and any other thoughts welcomed in comments below.
Have a great Tuesday.
*Coffee Card Blogger Out*
Posted by Matt at 9:19 AM