*gets up very early, before the rise of dawn for no reason but decides to have a reason for it and starts to blog. It's going to be a three cupper today*

I know I am not alone when it comes to saying life has changed so much since my youth. 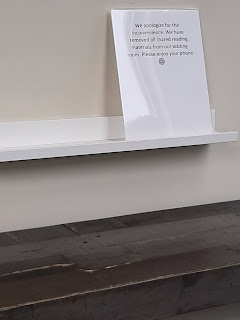 This is a note inside of the eye doctors I recently visited which at the bottom states, "Please Enjoy Your Phone." Seems ironic that they want you to drain your eyes at a Eye doctors office but maybe that is part of the ploy.
Insert thinking face emoji here.
It's not that magazines are really that popular anymore-or even the back of a shampoo or cereal box as well-or that I ever see anyone before Covid actually read anything but their phone but its the idea of them no longer being around that is bothersome.
Things just aren't the way they once were. Which by the way, were much better back then.
This concept goes for the hobby as well, especially when you are taking a look at the base cards.
*takes a sip, nope, chugs down the first cup. Pours the second and comes back to blog*
Base cards in the hobby are no longer tempting to chase. I still do just to find my favorite players but overall I don't chase base sets from today.
They are bland with no creativity. Not like they once were and yes, I am speaking of the 90's.
We had base cards printed on acetate, complete foil board, thick card stock, action packed photography, embossing, and my favorite, holograms.
*takes a sip and a trip back in time. I am taking you with me*
For those that have followed me awhile now, you would know my passion for hologram cards. Back in the late 90's Upper Deck created a set known as Spx that combined a thick micro-etched card stock with a hologram. They created this for multiple sports and I was on board.
I have been chasing all of the sets, inserts, autographs that have to do with the iconic Spx sets.

And now thanks to my friend @90sNicheFBCard I have... 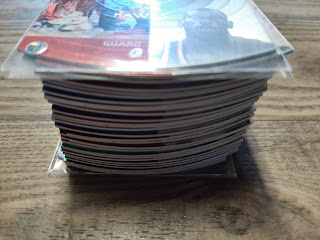 This set features 50 cards full of stars and holographic awesomeness. I will let some of the cards do the talking...... 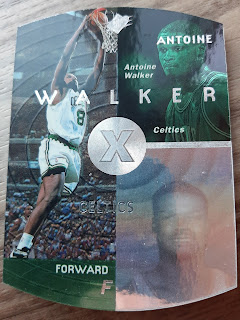 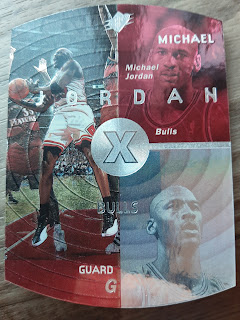 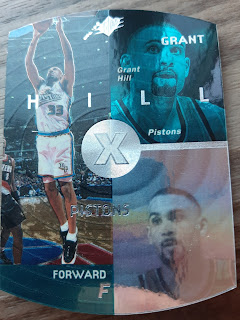 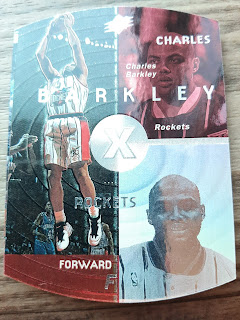 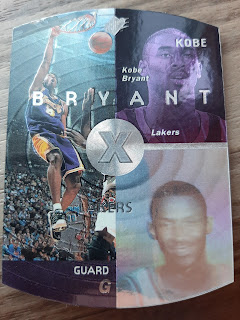 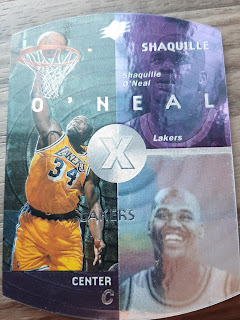 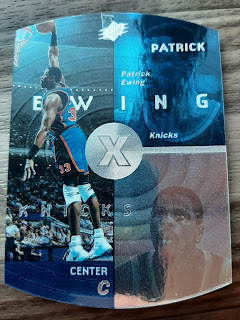 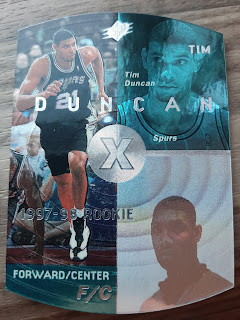 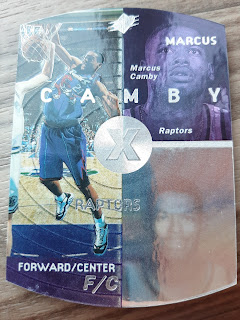 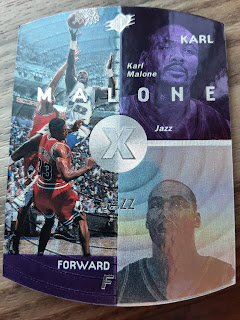 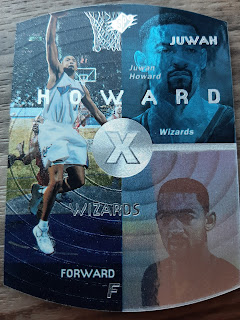 That was quite the experience..huh. I bet you are Googling them right now to find your own.

*takes another sip, tempted to finish cup two but decides to sip this one slower*

With this basketball set in hand, I am now only one card and one set away from having the basketball sets completed. My next goal is to finally chase down the MJ for the 1995-1996 set so I can finally say that one is complete. The last set, 1996-1997, is my favorite design of the three but with a Kobe rookie in the set it will be darn near impossible to ever own that one. Would have to be some major trade to pull that off.

Thanks to Bryan, @90sNicheFBCard, for the huge help in getting this one done.

*takes a sip before closing*

Now that I am done with today's card portion of the post, it got me to thinking. Maybe not having those magazines isn't a bad thing. Maybe you should be on your device more. Maybe you should have a cup of coffee in one hand and your device in another. If you haven't gotten to what I am hinting at yet, maybe your device while you are sitting there with your coffee should be called up to this blog for your reading material. There is quite a bit of content on here now, just sayin'. Of course sharing this blog with others in the room who see your fascination of coffee and cards wouldn't be a bad idea either.