One mans love of NY blue comes to Cards Over Coffee as the season goes on. So it will be football, cards and coffee for this segment.

The new segment is called Monday Morning Cup and yes I know it's Tuesday, but the NY Giants first game of the season kicked off the new year of Monday Night Football. So we are having a Monday on a Tuesday. I am sure many of you have had those before.

*pours a cup of coffee, grabs a stack of Giants cards and takes some pictures. It's time to look back at last nights game*

This team had me very excited. All of the offseason talk about disciplinary coaching, Saquon being healthy, Daniel Jones muscle gain, offensive line upgrade, and the defense with some new additions all led me to believe this was a season of change. I had this team going 8-8 or 9-7 even with their tough schedule.

All of that build up for me who was pimped out in a Daniel Jones jersey for the game, then they actually played.

Last night the Giants fell to the Pittsburgh Steelers 26-16 in a game that brought The Good, The Bad and The Ugly. The three headed monster and theme I plan on using for this segment throughout the season to break down each game.

*takes a sip of coffee, still sad from last night but will find some positives to talk about first* 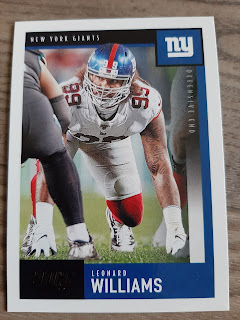 The Giants used their franchise tag on Leonard Williams to a lot of disagreement from fans. But, he went out last night and looked the best he has yet for the Giants recording 4 tackles, 2 for loss and even a sack. It was great to see and something this team will need this year. 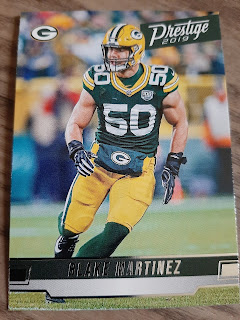 One of the bigger acquisitions for the Giants this offseason was tackling machine Blake Martinez, need a Giants card of him, who did not disappoint. He recorded 12 tackles and was all over the field. Something the Giants have lacked since they had Antonio Pierce. 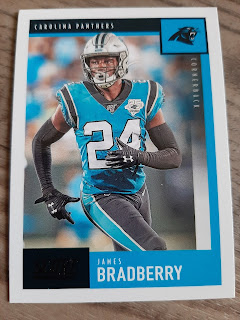 Bradberry, the biggest of the offseason moves, recorded 5 tackles and defended 2 passes that would have led to big time plays. So far, so good for him. 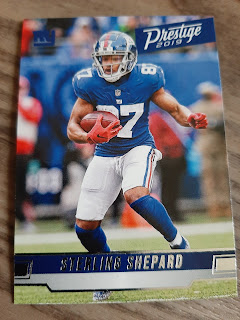 Sterling Shepard stayed healthy and looked great making 6 catches for 47 yards. I hope this continues to be the trend for him this year. 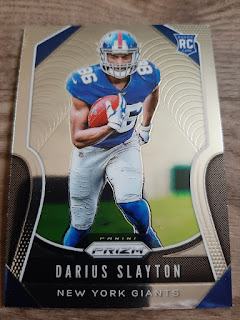 Darius Slayton looking like the number one WR on the team with two TD receptions and over 100 yards. He is picking up where he left off last year and has a lot of chemistry with Daniel Jones.

*another sip of coffee before tackling the bad. At least this cup of coffee isn't bad* 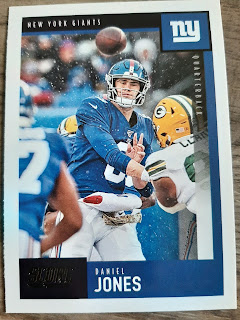 This one isn't all that bad for Daniel Jones because he did throw for 279 yards and 2 TD's against a solid Pittsburgh defense. It's the two interceptions he threw that puts him in the bad category. The first pick was an ugly in traffic throw,  but what really put him in this category was the second pick that came on a long 19 play drive. The Giants were Pittsburgh's 4 yard line when Jones rolled out and was hit with the ball flopping in the air and picked in the end zone that killed the game and ended all of the Giants momentum. He should have either taken the sack or threw it short to Saquon who was open for a few seconds. Not all his fault with how bad that oline was. The play was very reminiscent of one that Eli would have made though.

Not pictured, in the first quarter after a Pittsburgh punt return fumble, Daniel Jones was hit with what appeared was his arm going forward (it really wasn't) and fumbled the ball which was then recovered by the Giants for a Touchdown. This would have given them an early 7-0 lead. Instead, the call on the field was an incomplete pass and Coach Judge decided not to challenge it in which he would have most likely won the call. The Giants ended up settling for a field goal instead.

*holds back tears before summing up the ugliest part of the game, this will take a few sips to get through* 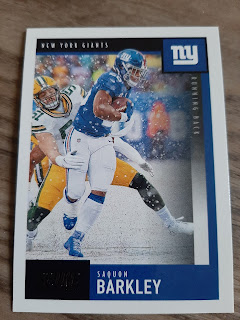 This has nothing to do with Saquon, this is all on the offensive line. When your star player rushes 15 times and only ends up with 6 yards, that's not good. That makes your team one sided on offense and that's how a defense wins games. The oline gave Saquon no holes to run though whatsoever. Sadly the leading rusher on the Giants was Jones who was running for his life a lot of times. 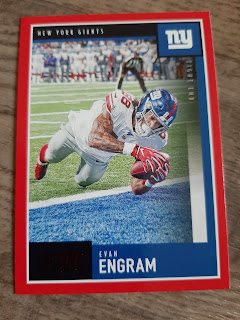 Evan Engram with so much potential but just can't quite get there. He dropped a wide open pass in the first quarter, got called on a Pass Interference in the second quarter, couldn't run block and ended up with only 2 catches for 9 yards. The two back up tight ends had more production then he did which makes you wonder if he is a prime trade candidate for the Gmen who could use Engram for other holes on the team. 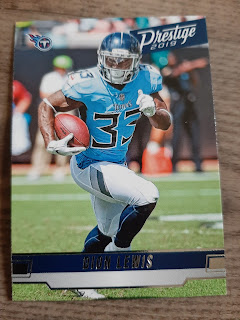 Finally, let's talk some Dion Lewis. One, he had 7 seconds left to the first half and chose not to take the ball out on a kickoff. Secondly, Jason Garrett didn't use him. They saw the struggles with Saquon why not change the pace some and add Lewis in more? He had one carry for one yard. Even the Steelers put Conner on the bench and put in Benny Snell who had a big game after Conner was going nowhere. Not to mention he is one heck of a great receiver out of the backfield and only had one target?! Gotta utilize him more.

As the experts say, #comeonman

*finishes up cup number one, if I drank alcohol that would have been added to the cup of coffee to help me through last nights game. Instead, I will add creamer and pretend*

The Giants lost and had some ups and downs, but I will say they played better than most of their past 0-1 team starts. They were just outplayed by a better team is a better way to look at it. I think there are some things to build off of from Week 1, but the main focus really needs to be that offensive line. I don't know if they need to look to free agency, trades or moving some people around. Something needs to change or that 0-1 will be 0 and a lot more.
Posted by Matt at 11:48 AM