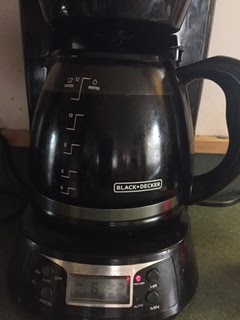 There is nothing like waking up in the morning, opening up your bedroom door and having that swift sweet smell of joe hit you in the face. It's a great way to start your morning. I picture myself as one of those cartoon characters that magically get pulled and floated to the coffeemaker. 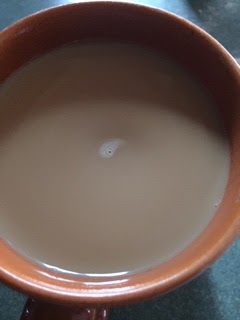 But, what really sets your morning, is that first cup. That first cup to me is the best cup of coffee from the pot. If that cup is good, your day is good. If it has grounds in it, not enough coffee flavor or tastes funny in general, it can really set your day off.

*takes a sip, we are good today*

It's sort of like a first post on a blog. That first post better be good as it sets the pave way for a blog. If that first post leaves your readers bored, lost or disappointed, your blog will be like that cup of coffee with grounds in it. If, however, that post is appealing and draws your readers in, well, it will make you to want to brew another cup the next day.

With that being said, well, here is my attempt at the first post.

2020 has been anything but a great cup of coffee, it's more like going to a friends house and finding a can of coffee in their fridge, opening it up to find out that it was worms they were storing for fishing. And yes, this has happened before.

We had our dryer die, my wife had a fever for three weeks (even had the painful Covid-19 test which was negative) and missed work in that time,other members of my family became sick with the flu for weeks on end and the whole world is basically shut down.

If that isn't a swift can of worms, I don't know what is.

Not to mention, what is considered now as "the new norm"

Just the other day, I went to our mechanic to get our flat tire fixed. 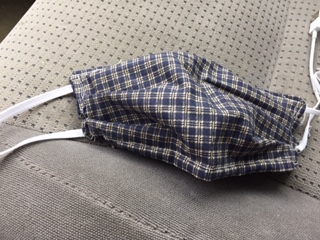 Normally, I would just walk into the office and sit, talk and wait for my car to be done. But, not in 2020. You have to wear a mask, stay 6 feet away from anyone in there (which the capacity of that office would probably only be allowed to have five people in at most) 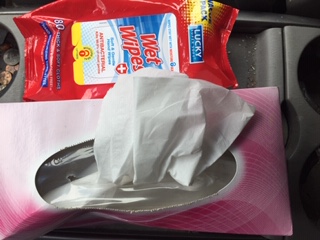 when the car is done, I have to wipe down door handles, steering wheels or anything else I think could have been touched. 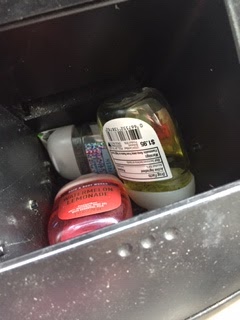 After that, dig into my collection of hand sanitizers in the car and soak my hands in it hoping to cover every square inch.

That's even before I have to run home and wash my hands to no end. Which has led them to crack and bleed at points.

Even though Covid-19 isn't really bad where I am, there are still some cases locally and I don't want to risk anything so this is just apart of that "new norm" now. I have become accustomed to it.

Even though I do feel like Adrian Monk now more than ever.

What I haven't become accustomed to is the weather here. 2020 said, we see you are down, let's keep kicking you to the curb and drag winter out. 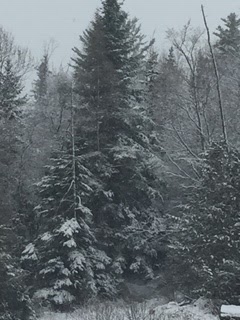 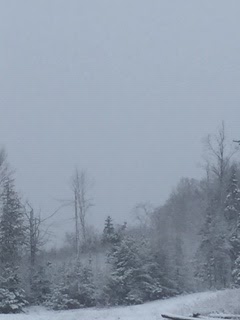 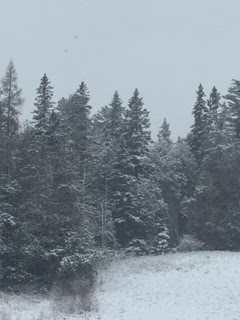 These were views out my window taken just yesterday. YES YESTERDAY. I know since we have been quarantined that everyday is "whatsday", but if I looked at the calendar correctly, it tells me it's May. April Showers are supposed to bring May flowers, no May snow showers. And the temperatures have only reached 60 degrees a couple of times. Other than that, we have been stuck in the high 30's mid 40's which is very unusual for this time of year. I believe we should be in the 50's. Or as we call it here in the north, shorts and t-shirt weather. I am sure most of you southern readers would find that insane.

*time for a second cup*

Despite all that 2020 has to offer up, there is one thing that won't ever disappoint or stress you out (at least not for me), and that's the hobby of collecting sports cards.

Cards have always been there for me in my worst times.

No matter what's being thrown at me, I always have the hobby.

Just looking back at a few cards or sorting a stack or two can do more for your mind than anything else. Even writing a blog post, starting up three blogs, finding a new hobby project or looking at dream cards on eBay can all be great stress relievers. Except when you find that card really want but can't afford. But that's why it's called looking at dream cards.

Take my advice. Try it sometime.

I know I didn't post any card pictures and that this is supposed to be Cards Over Coffee, but we will get there. This is the first post. This is the first brew. This is that first cup of coffee. I just hope it was good enough for you to come back for another cup.
Posted by Matt at 8:24 AM