*takes a sip of freshly brewed coffee, mmmmm soothes the throat. Realizes I am far behind on posts on here and it's been awhile since the last. So it's time for Cards Over Coffee*
I have been feeling sick the last four days or so. Apparently I caught a head cold (assumingly) from my father-in-law and it hit me hard since I haven't been sick in forever. As I type this, a box of Kleenex sits nearby for that just-in-case moment. Luckily (if you can call it that), the runny nose stuff has seemed to stop for now but the post nasal drip is causing me to cough. FUN FUN!
Fortunately I survived my dentist cleaning (dentist appointments are comparable to scotch tape in the hobby) and my procedure which also involved a biopsy of my stomach last week before all of this hit me. Hope to feel better so I can get to the results of that procedure this Friday because they won't let me in that appointment sounding like this.
*takes a sip to help "flush" the throat*
It's become more apparent to me recently that juggling three blogs is more challenging than I expected. I should have known since I have attempted this before but I guess I need to learn the hard way. So I have decided I am taking a break from both my Big Blue Cardboard blog and Cards Over Coffee to focus directly onto Sport Card Collectors. Yes, the name is back....back again.
Does this mean these blogs are done for? Have I stuck a fork in them? No. You can never rule any of that out. I actually still have drafts of posts for each so who knows. For now though, this could be the final brew on here.
*takes a sip, gets ready to finally showcase the cards*
For today's post, I decided it was time to catch up on Cards Over Coffee reader Oren's trades we have had. This post will cover all but one which will be featured on Sport Card Collectors in September. Why so long, that's how far behind I am on posting.
First up in this recent round from Oren, these were two leftovers from another post I mentioned I would post in my next Oren mail day. 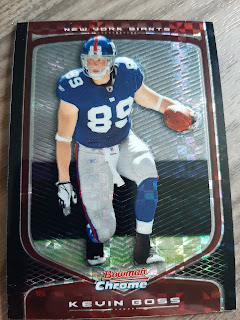 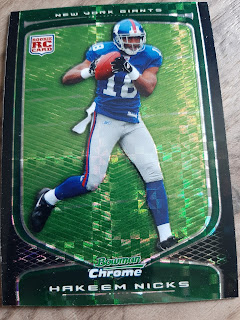 Hakeem Nicks xfactor rookie
Now onto one of my biggest mail days to date.
It included two unopened packs of Star Wars Attack Of The Clone Wars gaming cards, 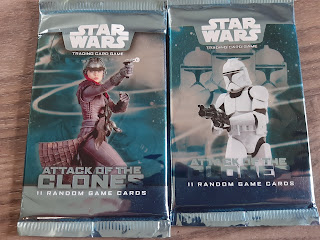 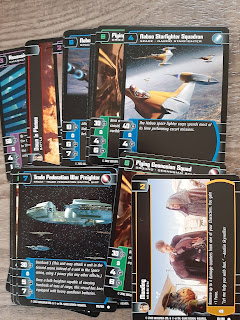 The results from that rip.
And then I told Oren how much of a Allen Ginter non baseball collector I am and he was more than happy to unload all of the stuff he didn't want onto me. 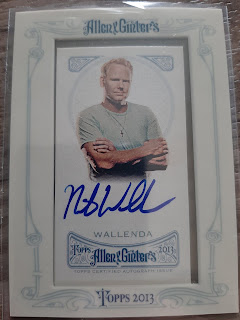 Including this autograph of the "king of the high wire" Nick Wallenda. 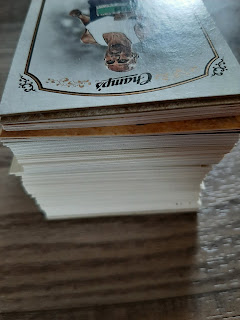 And a stack of base 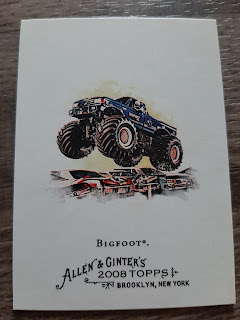 That included a Bigfoot 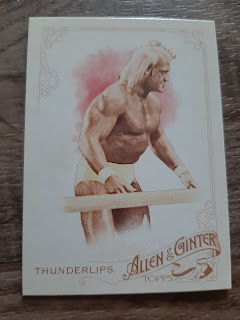 Thunderlips or as the rest of us know him as, Hulk Hogan 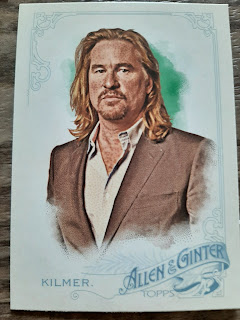 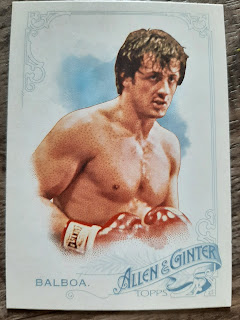 Rocky Balboa! One of the biggies on my want list! 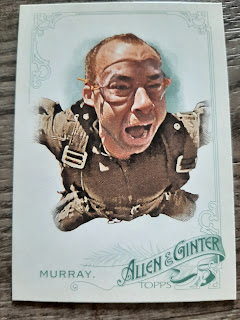 Speaking of biggies on my want list, I am still seeking the other three impractical jokers base cards 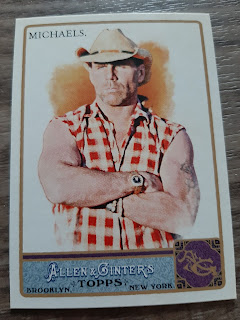 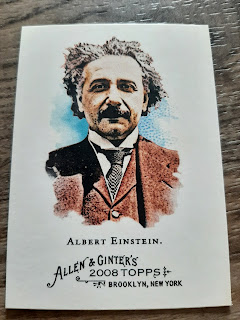 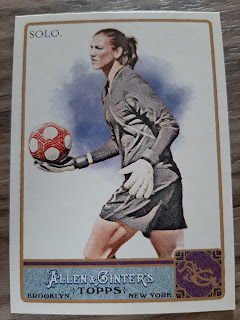 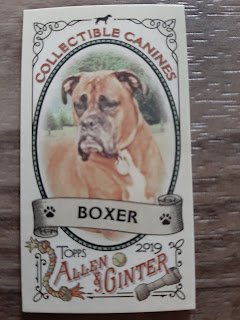 Doggies!
There was many others as well, WAY TOO MANY to post.
Especially since I have to squeeze in my favorite Superhero. 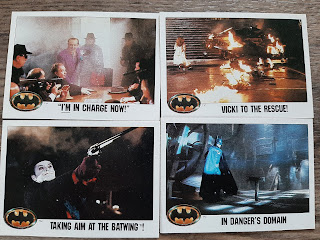 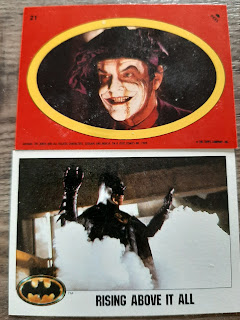 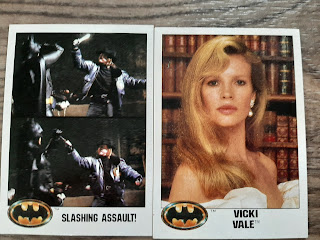 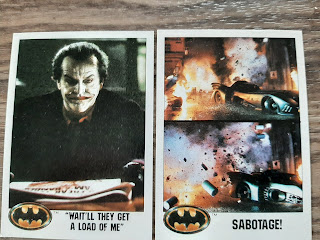 1989 Batman was a great movie, Jack played the Joker to a T. With that being said, Ledger's Batman is a close second.
Thanks again to Oren for the trade.
*takes another sip as the coughing has dragged this post out*
It's been a lot of fun posting on here the past year and I hope to bring some of this energy over to Sport Card Collectors. Just as a forewarning, I have no intentions of actually bringing Cards Over Coffee to Sport Card Collectors. This is it's own brand, it's own blog and will remain that way.
Remember this isn't a goodbye, this is see you another time.
*Coffee Card Blogger Out*
Posted by Matt at 8:15 AM