*takes a sip of coffee*

In my house, we have not one, but two coffee makers.

Why you may ask? Well, it seems that every time we buy a new coffee maker, it dies within a year or two. And guess when it decides to die, you guessed it, early in the morning when you wake up dead tired wanting that cup.

I use the phrase that makes me sound like an old person, but they sure don't make things the way they used to. It's true and you know it!

So my wife came up with the idea of suggesting a Keurig coffee maker to my mother in law for our Christmas present last year so we would have a backup plan in place. At first I wasn't really digging the idea as the last time we had one of those coffee makers I wasn't much of a fan. The coffee tasted watered down (it's not that I like my coffee black because I don't, but I don't add a lot of creamer in either because I like that coffee taste) and was missing that zing I need.

At the same time though, it wasn't like this one was going to be the main brew. It was a backup plan if the main brew broke. So I guess I was fine with that even though this time I am throwing in a new knucklecurve for it by having to be forced to drink decaf per doctors orders. It's challenging enough to find a good tasting drink that doesn't have caffeine in it, but to have had a cup of caffeinated coffee from the Keurig before and knowing it tasted watered down to add the fact now it's going to be decaf didn't sound like a great idea.

But, it had to be better than nothing right?

It wasn't long before I got to find out as our coffee maker died a month later forcing me to drink from the Keurig. And once again, same results but worse because of the decaf. I might as well just had a cup of water with creamer in it.


I could tell my wife knew I wasn't pleased with it as I didn't go for a second cup. So she began the hunt to find some new "pods" for me to try and hopefully find one I would enjoy. I can't remember how many different ones I gave a go on before finally striking gold. 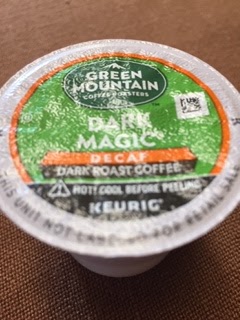 Finally, a coffee tasting magic pod known as Dark Magic created by Green Mountain Coffees. I can taste the actual coffee and it even smells like it.

Why did I just ramble on about Keurig coffee makers? Well, it's what I am having this morning. I messed up yesterday when we placed a grocery order to be picked up and I FORGOT THE COFFEE. How do you forget coffee? It's one of life's essentials.

That left a bad taste in my mouth for forgetting the coffee when I was right at the grocery store.

*Finishes up first cup, onto the second. It's one of those mornings*

That wasn't the only thing that left a base taste.

Recently, I found some "heck of a deal" steals on eBay....or thought they were. 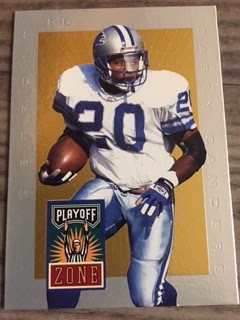 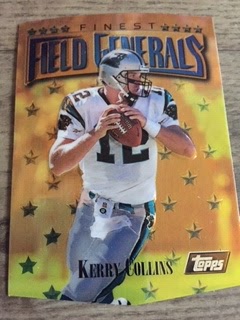 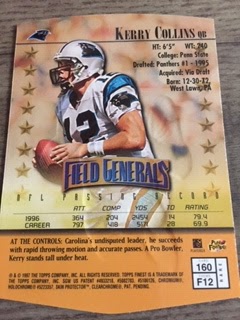 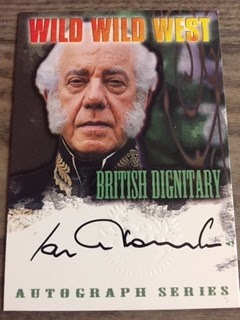 So you would expect $4 maybe combined shipping and I would be on my way.

Well, that wasn't the case.

The seller was partially new to eBay, 47 rate but had 100% positive feedback. As long as that feedback is high, I will take a chance.

And guess what, he didn't know how to do combine shipping. NOT AT ALL.

Each card was $4 shipped for a total of $16 in shipping. SIXTEEN STINKIN' DOLLARS. His claim was that eBay customer service would not respond to him on walking him through on how to do combined shipping.

So my wife gave me the go just to get it paid for and not to purchase from that seller again. Instead, I suggested a few things to the seller because I still wanted the cards, I mean, they were good deals still. I just wanted to make up that shipping gap.

Here is what I suggested,
1. Cancel the order, re-list as one lot with the $4 shipping and send me the link to purchase it. (I have done this before with another seller who had a combine shipping issue)
2. Throw me in $16 worth of cards to cover that extra shipping and I suggested a few off from his store.

He went with the number 2 option. I honestly preferred the first one, but was curious what he would propose. Instead of offering me what I asked, he said he would ship me Tim Couch Prestige rookie card and a Pinnacle Inscriptions Artist Proof parallel Vinny Testeverde.

I laughed a hearty laugh to myself.

It wasn't I didn't like those cards, but they weren't anywhere close to the value of $12 to fix that gap. Once again, I reiterated the ones I would want in exchange for the $12 shipping and he said he would ship some with the package. 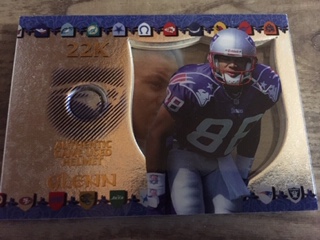 I should have known that things weren't going to be right when I got the package. This 1997 Excalibur 22K game used helmet was what he sent. This was the card I wanted most of what I was trying to claim, but no way this was worth $12. This is more of the $4-$6 range.

Swigging away on the coffee aggressively...the coffee helps take away the bad taste left on this deal

I like the cards I got in the deal, so I try not to think about the whole shipping mishap. I am sure many of us have had good and bad deals before. I just got to make sure the next steal I think I get turns out better than this one did.

Just like my second experience with the Keurig. You have that bad taste in the first round, but a much better tasting second round.