Take It As It Is

*sits down with cup of coffee, takes a sip and realizes how good it tastes this morning*

Have you ever just said thank you for something you didn't really like because it was a gift and you know they meant well by it? Yeah, I totally get its hard to admit, but admit it. You have done it. I  have done it. The whole world has done it.

I have even done it with coffee.

Every year my wife and I went to the same vacation spot, rented the same room and for those many years became friends with the same owners. They are an older couple that are as nice as anything but don't have the best coffee ever. It's that kind of coffee you would expect from a small time hotel.

The owner every morning from the office porch on our way to head to the beach would say, coffee's hot, come on in. And we couldn't just say no. Could we? No. We would go in, pour a cup in a small Styrofoam cup, add in the powdered creamer and be on our way.

Of course we would drink a few sips and say thank you before leaving.

*takes a sip of real coffee*

At home I have gotten many gifts over the years from family members, especially my mother-in-law that was card related.

But, it wasn't always something I wanted especially in recent years.

In the first few years of marriage, my mother-in-law gave me the usual gifts a man would expect. Socks (which in the summer I wear a lot of sandals), tools (if you know me personally, you would know I don't even hammer a nail in the wall straight. My father raised/taught me sports not how to use a wrench and I have zero interest in using tools),  and T-shirts with writing/sayings on them or dress shirts. Most of which I didn't wear because it either didn't fit or I didn't like the shirts with the big words all over it. Not to mention, I am a plain T-shirt kinda guy.

I guess my dropped hints of sports cards or even sports team apparel didn't get to her then.

In the last 10 years though, I think she finally got the hint and started giving me sports cards for gifts. At first, she hit up the Walmart aisle and grabbed hanger packs. From there, it moved to yard sale pickups where I scored some amazing stuff in that time frame, however as of recent, she is basically getting me those tools again when she is buying complete sets of "junk wax" from local thrift stores.

Out of all of the cards out there, she chooses to pick up the least interesting stuff to me. I would take newer non licensed cards over junk wax. I just don't have the connection to it like many collectors do. I didn't collect in that era, I was brought into the hobby end of 1993/beginning of 1994 and really didn't dig deep into collecting til 1995. So anything 1995-1999 is where I sink my teeth into. That's the stuff I like to see and collect.

The problem is, I don't have the heart to tell her "please no more". Just like with the owners of that hotel with their coffee.

Here's the last couple sets I got as gifts. One for Christmas, one for my birthday which was back in March, 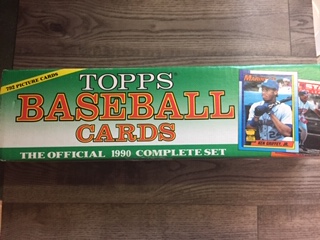 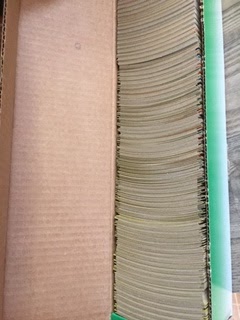 I sadly didn't even check to see if it's all there, but it's pretty packed in so you have to assume so. 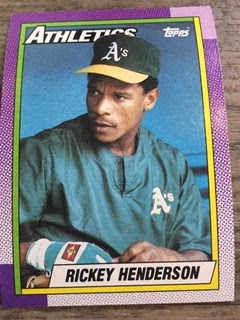 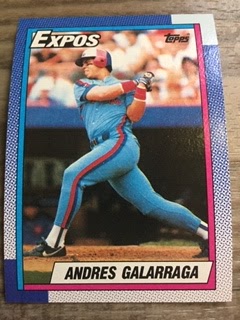 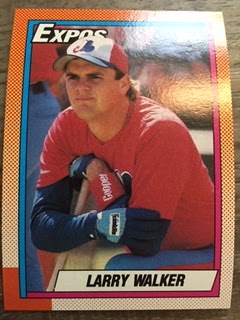 Some of the cards, in case you lived under a rock then. Sorry. That was meant to come across as a joke but can be read as rude. 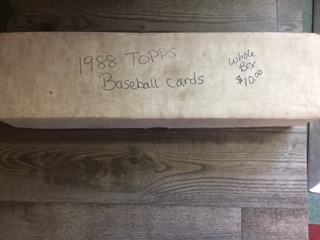 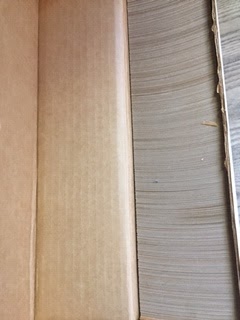 Assuming the set is there again 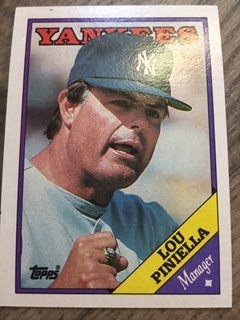 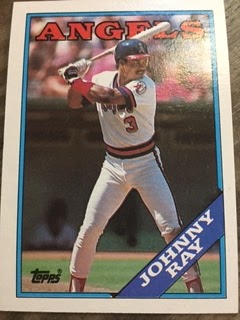 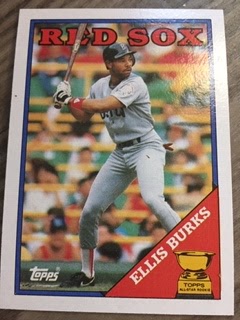 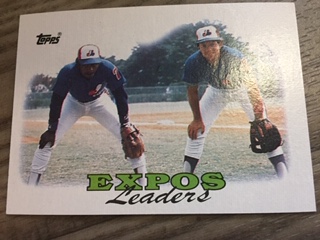 A few of the cards to show off. Once again, I would really be surprised if you haven't seen this stuff before.

*getting up, grabbing a slice of my homemade banana bread to go with this great cup of coffee*

So I continue to act excited when she has me open up that junk wax set at every holiday even though it burns me up on the inside. That 1988 Topps set is actually the third one she has gotten for me. And I always expect that call or check in of, "how did I do? You find any good cards in there? Looks like it had lots of cards for you to sort through."

And my usual response comes out, "it was fun, I found a few rookies I can use and a couple of players I collect." when on the inside it wants me to say, "I have these sets already, it's the same cards over and over again, please go back to grabbing some unopened packs from Walmart."

But, I don't. I have a heart and take it as it is. I even hold onto them, though under my desk, but I still appreciate her thinking of me. They are a gift from her heart and she does her best for me.

In the end, that's all I can ask for. Well, maybe some coffee would be nice as well.

*finishes post, finishes an excellent cup of coffee*
Posted by Matt at 7:20 AM