*first morning cup of coffee,getting prepared for a small rant*

You ever buy something and find out later that it wasn't as advertised?

Well, here are a couple of examples of what I mean.

I remember being a kid and on the TV commercial for the Mighty Morphin Power Rangers White Tiger Saba Sword really made me want one. It looked like the coolest toy around and being a big Power Rangers fan especially of the White Ranger, I was sold. So I saved and saved and saved money I earned working for my grandmother and some Bingo winnings so I could purchase said toy. When the day came when I had earned enough, I made my parents go to the store and I bought it.

I waited until I got home to open the toy so I wouldn't lose all of the pieces, busted that box open and put some batteries in and boy....did it fall flat. Where were all of those sound effects on the commercial? Where was all of the buttons they showed? Why didn't my Saba talk? Did I really just spend $40 on a toy with three buttons?

Yes, yes I did. Definitely not as advertised.

Then there was the time when I saw that Subway commercial for some new sub. Man, that's loaded with meat and everything under the sun so you purchase one for yourself and bring it home. Well, remember that sandwich on TV where it was this huge monstrosity, well, it's got a few pieces of meat and is as flat as a tuna sandwich on regular bread.

Once again, not as advertised.

And of course you wanted to try one of those new "loaded" blizzards from Dairy Queen where there's more candy than ice cream...supposedly. So you buy one and find yourself eating vanilla ice cream with a couple pieces of candy.

*takes a few aggressive sips of coffee before continuing*


By now I bet you are thinking, yup, I bet he bought something cardboard that wasn't as advertised. And the answer to that is yes.

I was searching for some base sets for my 1990's Spx chase and I stumbled upon one for 1997-1998 Spx hockey I didn't have. It was fairly priced and even had a make offer attached to it. So I did what I usually do to save money and made an offer and it was accepted.

It took a little while to arrive because of the slow mail from Covid, but I got the set and was pretty stoked to have done so. I even gave the seller top scores of five stars before even opening up the set to check it out.

I assumed I was good. The set appeared from the outside to be safe in a plastic carrying box and I figured it was all good coming from a reputable seller.

A couple days later I opened up that plastic case to start taking pictures for a blog post and that's when I started to notice something. 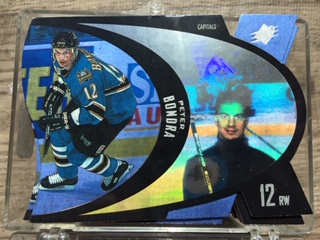 Top card. Beautiful hologram, some etched foil and a touch of blue for color. 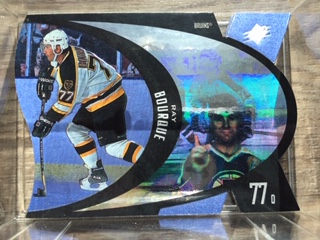 A few cards later, Mr Ray Bourque. The one and only athlete I have ever met in person and got some stuff signed of. 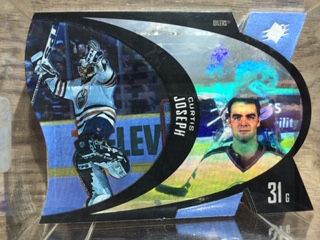 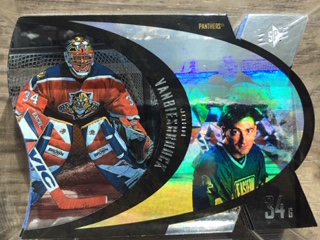 Hmm. This card stopped me for a minute. Where is the blue on this card? It's more of a silver. Maybe they did some team colors? 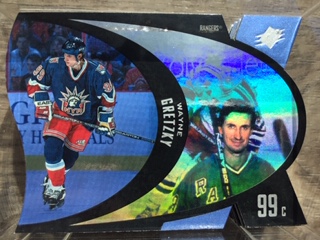 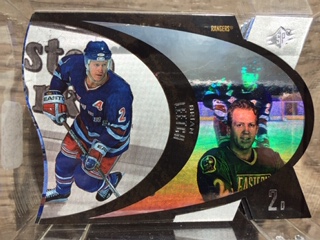 Then this Brian Leech. This had more of a shiny silver foil on it than than the previous silver and it doesn't match the color of Gretzky. 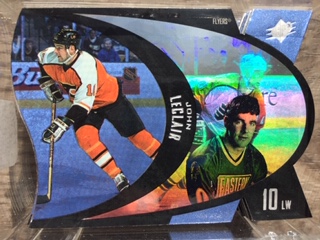 Jaromir Jagr and his famous mullett 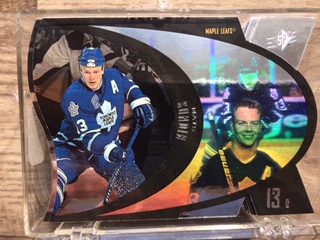 Another shiny silver. This wasn't the last one I saw either. 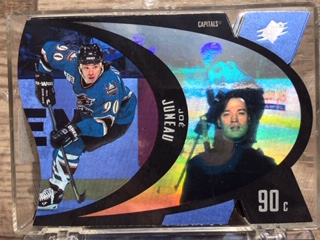 And a Joe Juneau to end it.

Something seemed off about this set. There were quite a few cards in here that didn't have the blue and had silver and shiny silver to them. So I did some minor research, I hadn't remembered the details of this set in a long time, and found out that the silvers and shiny silvers are parallels.

The 1997-1998 parallels for the hockey set were Bronze, Silver, Grand Finale, Gold, and Steel (shiny silver).

So I didn't have the base set. I only had a partial base set and some parallels. 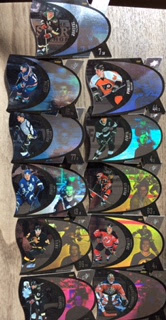 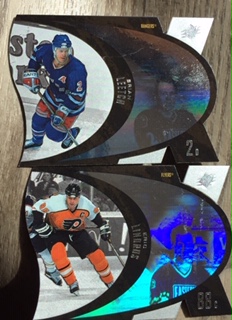 That's 12 cards not apart of the base set I will have to find now. Which may or may not be easy which is why I buy the sets as sets. Sometimes buying singles costs more than buying the set already done for you.

*grips on tightly to coffee mug*

I didn't ever go back and complain to the seller about it because in actual reality, I did get more value this way but it wasn't what I had hoped for.

*chugs a half cup of coffee, pours the next cup, grabs a no bake cookie sitting on the counter and munches on it before finishing up the post*

I can't say that everything that comes Not As Advertised is bad. Even above I did score more value despite it not being what I had wanted. And I have gone to plenty of yard sales where I have bought boxes marked common cards and found some amazing stuff. Those are the good stories.

Then there once again is that Subway sub and that Saba sword. At least a lesson was learned with those, but I also can't guarantee that I won't make the same mistake again.
Posted by Matt at 11:25 AM