A week or so ago, The Diamond King sent me a box loaded with 90's basketball goodness. LOADED. So I came up with an idea to do a mini series with so many great cards to show off called, Retro Cup. Along with the card showings, I will re-live a memory I had as well when it comes to coffee. So I hope you are sitting down with a cup of steaming fresh hot coffee so we can give this series a go.

It was the 1990's and I remember eating breakfast with my mother as my father worked a lot of hours. I was never one to sleep in, ever. I wasn't like one of those teenagers that get up at noon. I was an early riser and always ready to start my day. Just like I am now. My friends used to hate to have me over when I was up and ready to do something fun and they weren't....until I woke them.

There were some mornings I would wake up at 4:30 am, in which my mother was already awake as she would send my father off to work, and we would play a few games of WAR and sip away on coffee before the cartoons came on. Yes, I was not only an early morning person, but also an early coffee drinker. Think I had my first cup at 8 years old. It was the 80's and 90's, we took our chances. We drank water from hoses, got our butts whooped to teach us manners, played outside from morning til night, got hurt and got right back up, didn't get offended so easily, and had coffee under the age of 10. It was good times that I would take back any day, all day long.

But, it was those quiet coffee and cards (see what I did there even though it was aimed towards playing cards) that made the memories.

*takes some cards out of the retro box The Diamond King set. Takes a sip, then two, and is ready to go*

I don't remember opening up any packs of this Fleer brand, but I ended up with a few of these over the years. 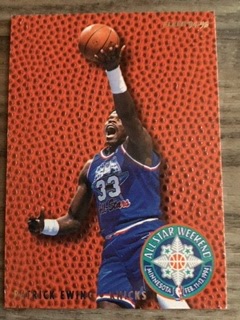 It's the design that really catches my eye. The background not only looks like a basketball, but has the basketball texture. The little dots are embossed. 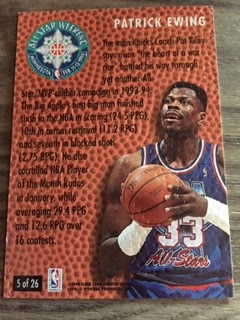 Back of the card. Even the back looks solid. Different photo used, a decent sized write up and it didn't take away from what the front brought.

Here are some others he sent along as well, 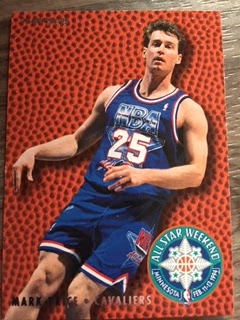 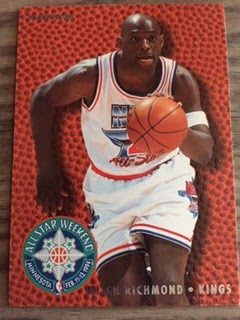 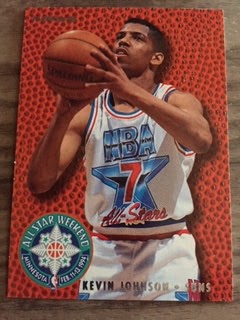 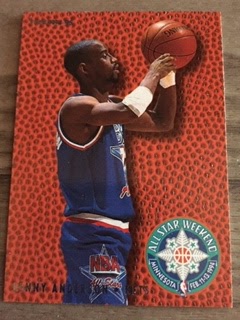 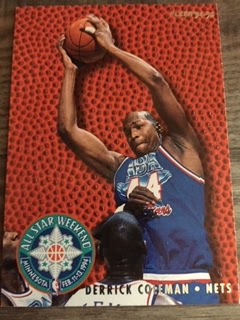 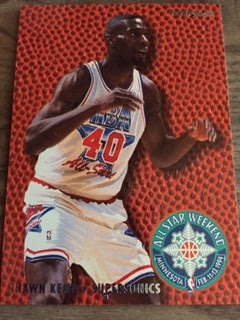 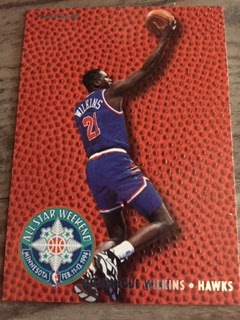 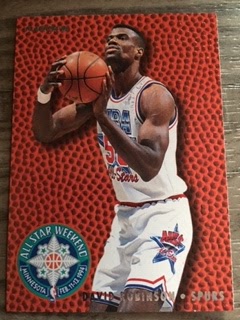 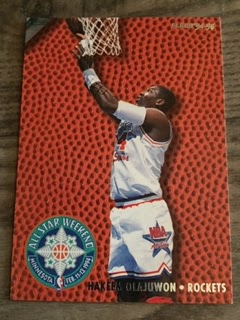 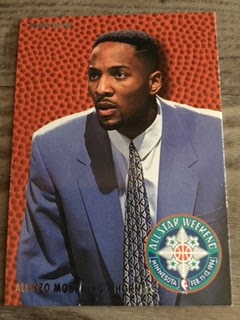 Looking at the checklist and having 11 of the 26, it looks like this set could be acquired not at a big cost. May be something I look into down the road. The set helps not to include that MJ guy whose cards are still high.

*another sip before closing, also munches on bagel*

Even though the cards don't have the nostalgia factor for me in terms of ones I bought in my youth, the players definitely do. I watched a lot of 90's basketball so these guys bring back some memories. Obviously being a Knicks fan in the 90's helped my love of the Ewing one which is why I showed that off first.

*another bite of bagel, butter drips onto the keyboard, curses gotta finish this up*

I haven't had a cup of coffee with my mother in a long time, not to mention a game of WAR. Maybe someday we can sit down, grab a cup of coffee, play a quick game and reminisce. It could even be early in the morning if she chose. If I am somehow not awake earlier enough, the coffee and cards would get me out of bed quick enough.

And yes, that's another pun towards this blog.
Posted by Matt at 7:54 AM