The Day That Was Coffee-Less

*Hello Coffee my old friend, I'm glad to sip on you again. I couldn't drink you yest,,,,er....day, wasn't having fun in surgery. But today...I get to drink you at least once, maybe twice. I hear the sound....of percolating*
Yesterday didn't go as planned.
My arrival time was for noon yesterday with a planned surgery for 1pm and an hour and a half procedure. Well, surgery didn't begin to almost 2pm, it lasted only an hour only because they couldn't get the job done and put a stent in instead.  I didn't quite wake up from anesthesia very easily so what was estimated to be around three and a half hours total turned out to be more like 8. My poor wife had to sit in the car the entire time.
I haven't even mentioned yet that they didn't provide me the coffee they promised me when I woke up!! So I went coffee-less the entire day which is a feat for most coffee drinkers.
So I will be returning back there in a couple of weeks to get the stent and stone removed. Hopefully it will be much quicker and more successful next time.
I appreciate all of you who reached out to me to give me good wishes.
But, enough with me blabbering about that. Today is all about Cards and Coffee and focusing on the positive.
The positive being is this hanger pack that I traded for awhile back when Ginter released from my father. He grabbed me the blaster box I showed previously on here then grabbed this a week later before flippers grabbed the rest of it.
*takes a sip of well earned coffee*
*takes a sip, begins to rip* 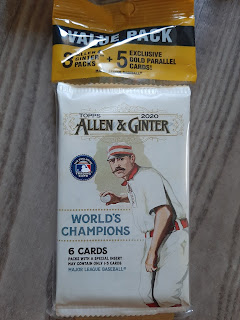 Each hanger pack of 2020 Allen and Ginter comes with 3 packs of 6 cards and a bonus pack of 5 gold parallel mini cards. I think these cost roughly $5 a pack but can't remember since this was so long ago.
Here are the highlights from the packs, 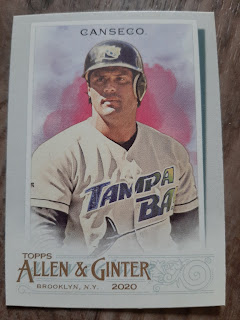 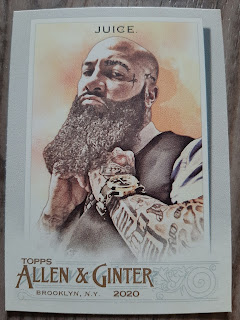 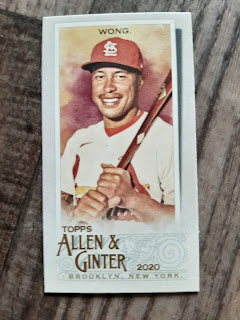 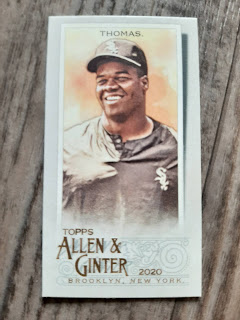 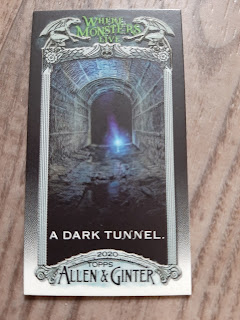 (only need one more of these for my set!!) 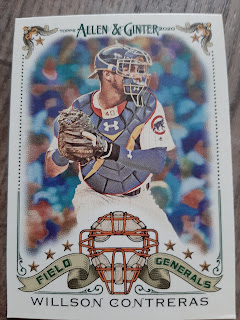 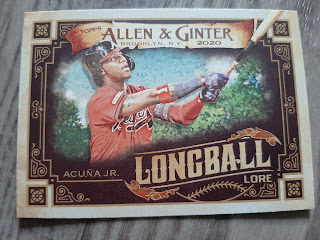 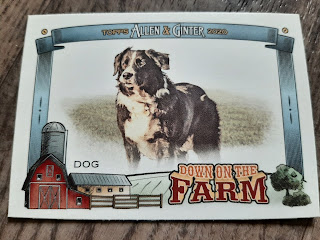 (having grown up on a farm, I would agree a dog is essential on one)
*takes a sip before taking a rip of the gold parallel pack* 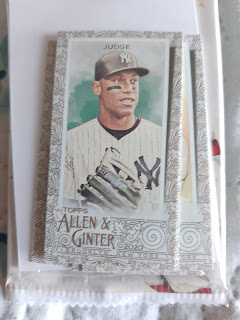 The pack has a great topper so I expect the rest of it to go well. 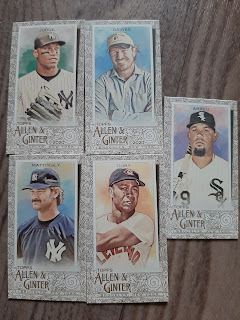 Not too bad at all! Don Mattingly, Doby, MVP Abreu, Judge and a Chip Gaines I really wanted.
I felt pretty good after ripping this rack pack. Being a fan of Ginter helps as well.
*takes a sip before finishing up the post*
I plan on taking the rest of today to get some rest. Yesterday was tiring and I didn't sleep much last night at all in pain. But, came on today to put up a new post was a nice distraction and it gave me an excuse to drink some extra coffee. I don't blog on this blog without it!
Posted by Matt at 12:00 PM