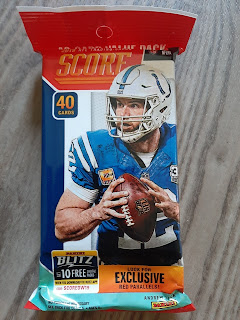 *takes a sip of coffee reminiscing about the good times*
I decided to take a trip back in time in my mind when the world was normal. Remember a time when you could go visit family on holidays? Take a trip to the beach? Go to an eating establishment with friends or family? Going to a Dr's appointment without needing a Dr's appointment to get in? Get together with 10 or more people? Go grocery shopping? Find retail sport cards at the store?
Yeah, I do to.
Even though that was simply only a year ago, a lot of those things you don't realize how much they actually meant until they were taken away. Even those family get togethers with that one annoying aunt or uncle who discussed politics at the table.
As this year has gone on and holidays are approaching, I am realizing more and more how much those things meant, even the simple things of running to a grocery store, to my cycle of life. It's like taking sunlight away from a plant and expecting it to grow with just water and a seed.
At least I have a distraction in blogging and card sorting to get me by. Even though most parts of the hobby this year haven't been the same either.
*takes a sip of coffee trying to perk myself up. See what I did there, tried to use a coffee synonym joke to help with my feelings of 2020.*
One of my last Walmart runs in September, I actually stumbled on a few packs of retail at the store. It
wasn't the newest product by any stretch but it was product so I grabbed a couple of packs just to have something to break. I actually felt like a champion that day just for finding any retail packs.
The packs were 2019 Score football fat packs.
I stored one of the packs away, it's still sealed, for a later date just in case I get another retail itch to open since I am no longer going to Walmart until Covid goes away (all three Walmart within an hour of me are in "hot" Covid zones). In the meantime, I did rip one of the packs and thought I would show off my finds today.
*takes a sip, already ripped* 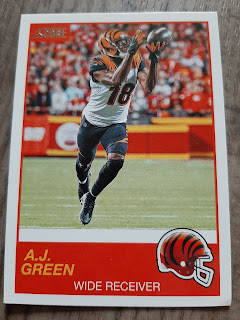 2019 Score came with a 330 card veteran base set that has some great photography such as this A.J. Green. 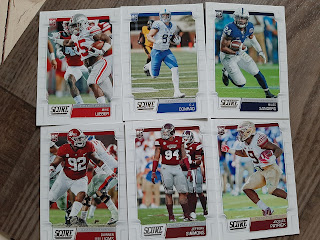 The base set was also topped off with 110 rookies pictured in their College Uni's to make it a 440 base card set. One of Panini's bigger base set products. Could actually be the biggest knowing most of their base sets run 100 cards.
My rookies from this pack were not too strong. CJ Conrad was at least Giants PC material even though he didn't make the team but I will keep it.
Each Fat Pack comes with red parallels as well, 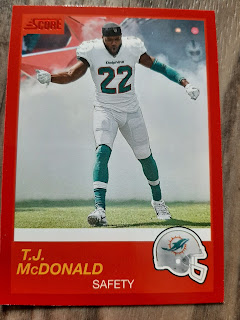 T.J. McDonald was my first 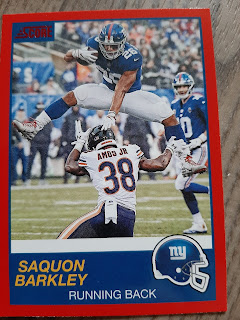 Followed by Saquon Barkley. I really miss him making plays like this. Can't wait until he is on the field next year.
And no rest of the pack which was made up of a variety of inserts. Sorry for the early no hit spoiler but I am sure most of you have already scrolled by my rambling just to see the pictures anyways.
*takes a gulp and back to the inserts* 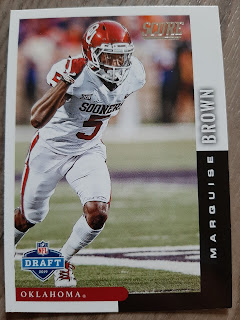 NFL Draft  has 30 cards to collect. I landed the speedster Hollywood Brown 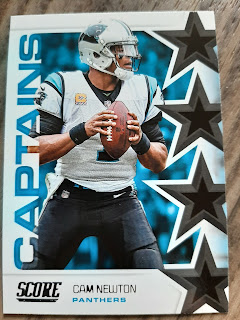 Captains has the team leaders, such as Cam Newton that I haven't adjusted to seeing in a Patriots uniform yet, that has 30 cards to collect as well. 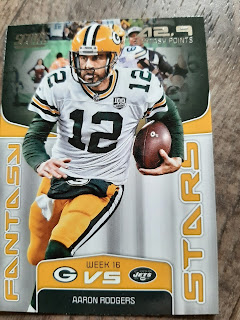 Fantasy Stars...well I have had Rodgers as my QB many times in Fantasy and he never scored much for me. It's too bad I didn't have him this year however as my QB's have been less than par especially when you start out with Carson Wentz and now have Taysum Hill. There are 20 of these to collect. 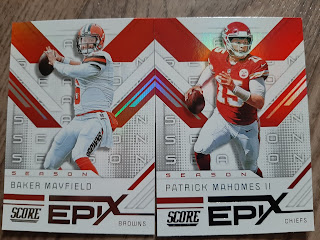 Epix, an Epix fail compared to what we saw in the 90's but it's still nice to see an attempt to bring it back. Also finding any Patrick Mahomes in your pack is a pack saver. There are 30 cards split up into three 10 card sets. Similar to the 90's. There is Game, Moment and Season and each of the 10 players has a card in each set. I have all three of Saquon Barkley. 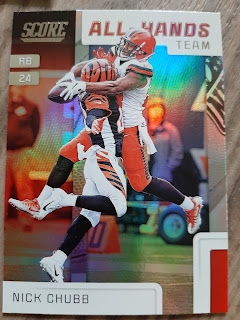 All Hands team are those great catches that happened the previous year from guys who have gloves of steel. There are 10 of these to collect. 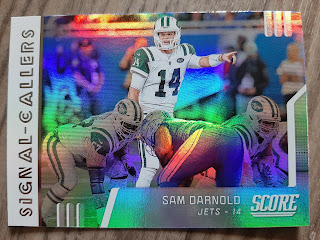 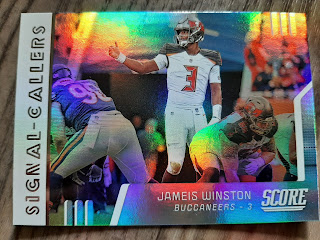 Signal Callers are the QB's leaders in this 30 card set. The two I pulled are QB's on different teams. Jameis is with the Saints and Darnold is with the bench/injured reserve most of the time. 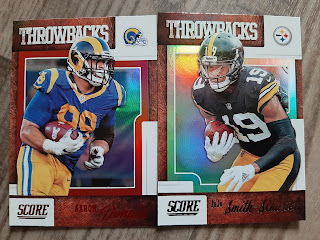 And finally, Throwbacks. 20 card set to collect. The Darnold is a red parallel if you look really closely.
And that's it. Not a bad pack considering I landed a few PC cards and most were known names in football.
*takes a sip to finish up this cup and post. Definitely need more coffee to drown the sorrows of 2020 out*
2020 has taught me many lessons both big and small. Other than the one about how much those things meant to my cycle of life in the example I gave above, I also learned even more how much things I already have in my life on a daily basis are even more important to me now.
Posted by Matt at 8:00 AM