*another beautiful day, NFL full slate of games, and a cup of sunshine by my side and I am raring to go. Takes a sip, begins to blog....*

I always told myself I wouldn't expand my social media anywhere else besides Facebook and Twitter. However, when I started seeing some amazing contests on Instagram, I jumped aboard. At that point and time that was my only reason for using that site. I only had 20 followers which was fine because I wasn't using it for anything else.

That's before I created Cards Over Coffee.

I began to interact a little more after figuring out the website, began following more, having more follows and posting links to this blog on there. Right now I have grown that account to almost 400 followers and get a few view hits from there as well.

One thing I hadn't done on there, other than win a contest, is trade.

A buddy of mine on Twitter, @StephenJFurlong, tagged me on Instagram in a couple of Allan Houston autographed card photos that jwilbscards posted. I really liked both cards and decided to start a small conversation.

At first, the conversation was very slow. I look at it as kindling. Since you had never interacted with a person before and they are messaging you about a trade it kinda throws you back some and you want to feel that person out first. So you start the fire base with kindling and you continue to throw a stick or two in. Then you may poke the fire before sticking in some papers/boxes/ etc gradually building it up. Before you know it, you are throwing gasoline on the stinkin' fire and that thing is burning wild.

That's how my first trade with jwilbscards went.

*takes a sip, well two, then another and heck, why not a chug. Begins to blog more*

What started out as a conversation for one of his Allan Houston autograph cards, turned out to be so much more. I seem to have a lot of those kind of trades.

Instead of blabbering on anymore about details, I will simply let the cards do the talking. 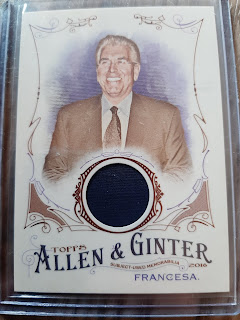 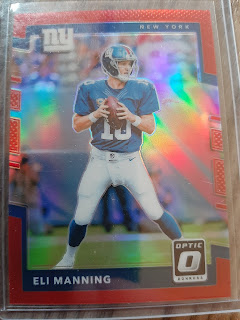 Eli Manning Optic red parallel. At one point I considered attempting a Eli Optic rainbow but realized I would never complete it and backed out. 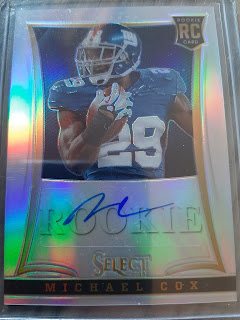 Michael Cox rookie autograph. It appears his signature is as short as his time with the Giants. 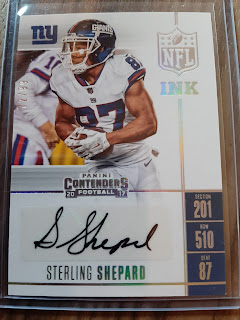 Sterling Shepard autograph. I couldn't capture it, but there is rainbow foil on this one. 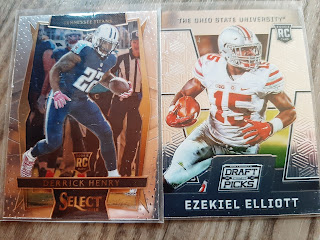 Rookie cards I have been needing for my collection. Zeke and Henry who I expect both to have massive years 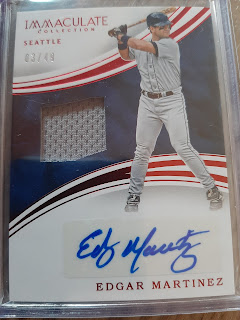 Edgar Martinez autograph relic. Not sure why I grabbed it, it just sounded good and is one of those underrated 90's guys. 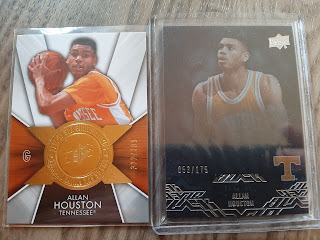 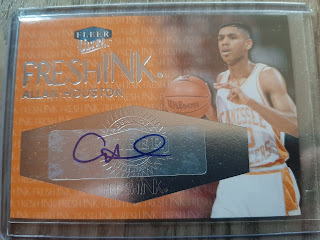 Fleer Retro recreated all of the great autograph inserts of the 90's including Fresh Ink. Glad to have knocked down this one 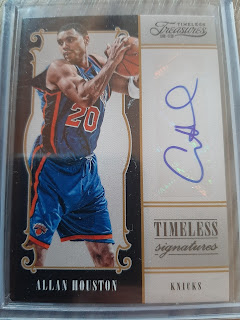 This was the autograph that was going to be the original trade before the heat of this trade went out of control. 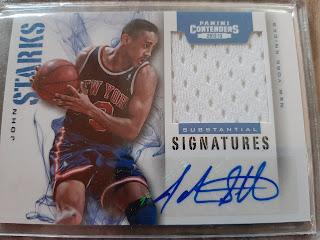 My first John Starks autograph and a signature I can now cross off from my needs list was apart of this trade as well. John was my second favorite Knick All-Time to Houston. Of course, Ewing is in that conversation as well. 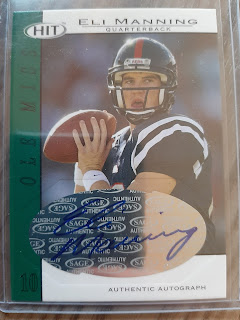 Eli Manning rookie autograph from Sage Hit! He has a really nice signature and I wouldn't mind adding Eli autographs all day long.

This trade went so smooth.... and silky and creamy...well...think I am jumping into my breakfast thoughts now..

*takes a sip, takes a box out of the fridge*

This Marie Callendar's Chocolate Satin Pie is the perfect coffee pairing if you don't already know that. 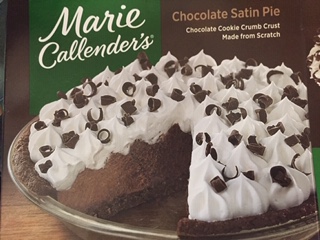 It's not too sweet, despite the look of it, and the smooth texture against the coffee is what makes it great. 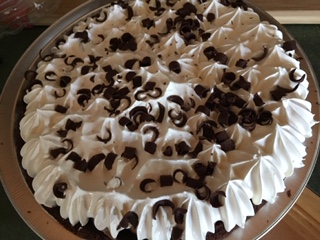 Just let it thaw in your fridge and it's ready to go! No baking required! 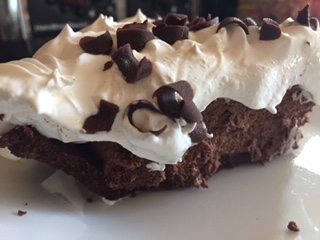 Mmmmmmmm. Sooooooooooooo good. And for those of you at home thinking about my health as you see this picture, my blood pressure is finally coming down very slowly and I am working on weight loss and currently am down 7 pounds and working out daily. Occasionally though, you just have to spoil yourself but not overdo it. I have learned that lesson.
*takes a sip, a bite, another sip, and another bite or three*
I was very happy with my first trade on Instagram and thanks to jwilbscards for making it easy, I may look into further trading on the site once I start to get to know more individuals on there.
My next goal for Instagram is to finally win a contest.
Before I close, I will say I don't expect to further my social media past Instagram. I mean who wants to watch a guy literally talk Cards Over Coffee on YouTube or do a Tik Tok on coffee and food pairings? Well, I probably would but as for doing it, I don't think so.
Posted by Matt at 7:41 AM