Well Dressed With A Cup Of Coffee

*just found out today is a National Day of celebration for the one and only, coffee. Takes a sip*
My wife just informed me today is a very important day. 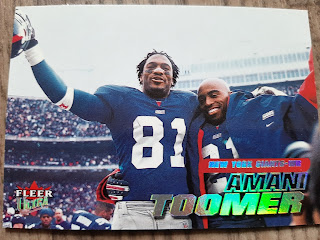 So grab a friend and celebrate #NationalCoffee Day. Is there really any better day? Not that I need a reason to celebrate more coffee in a day but here we are.
I took advantage of the free coffee with purchase at Dunkin' today and enjoyed a nice hot brew of the coffee form, 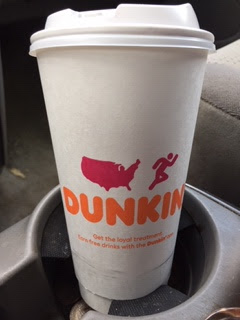 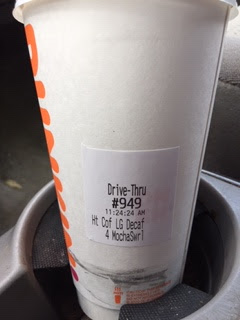 I know it's not straight up decaf (if you missed why I have to drink decaf in a previous post it's because I get tachycardia now with caffeine) plain coffee, but I was feeling a bit excited so I went a little off course.
*takes another sip. Mmmm the mocha is where it's at today folks!*
Another exciting thing about today is my sharing of the latest mail day I had from Too Many Verlanders blog that may have led me to another chase. It seems his mail days have done that to me TOO many times. 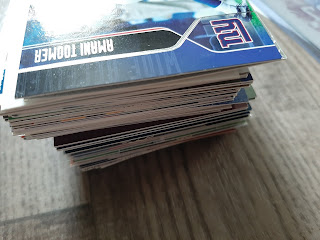 Right here is a huge stack of.....Amani Toomer cards.
Amani Toomer or as Chris Berman nicknamed him "well dressed" was a 2nd round draft pick Wide Receiver of the NY Giants in the 1996 NFL Draft. He had 668 Receptions, 9,497 yards and 54 touchdowns in his career all with NY. He retired in 2008 after winning Super Bowl 42 with the Giants and is apart of the Giants Ring Of Honor in 2010, He also holds double digit team receiving records that I doubt will ever be broken. Unless Darius Slayton really turns it on.
I have always been fond of Amani and have always felt he was underrated despite the numbers and the big catches in important moments like in the 2008 playoff game vs Dallas where he took a short pass 52 yards for a touchdown. However, my fondness of Amani has never quite translated over to cardboard
Well, that's until this mail day came.
Thanks to Dennis and this big stack of cards, I will officially put it out there that I am seeking Amani Toomer cards and will add him to my list of players I collect. Bring them on!
*takes another sip...or two...before showing off some goods*
I won't dive into the entire stack that Dennis sent of Amani, but will show off the ones that caught my attention immediately, 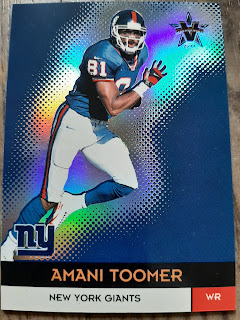 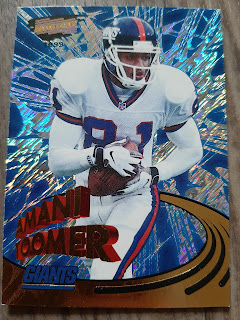 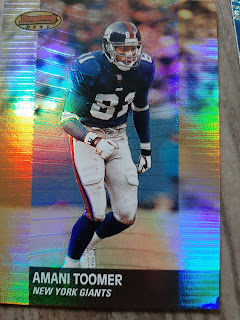 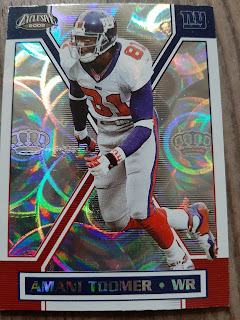 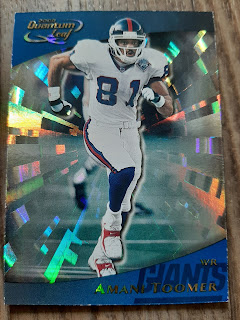 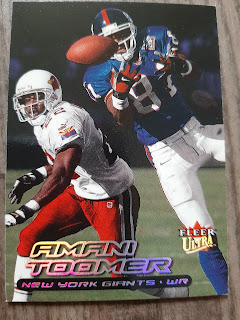 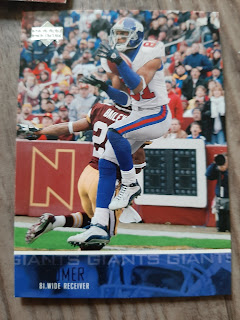 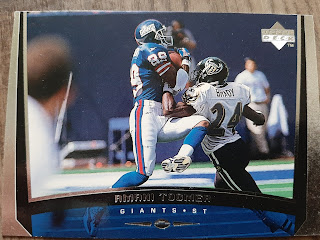 Don't tell me those didn't catch your attention as well.
I will have to update my Amani Toomer collection numbers at some point and see where I am at. Will also need to download a player checklist to avoid duplicates which there were some in this stack.
*takes another sip and actually chugs the rest before it gets cold and so this post can be concluded*
Thanks to Dennis for the mail day and for sending me yet on another quest. It's not like I needed another PC to chase but same goes for my coffee as well. It's not like I need another cup, but I always go for more. A day like today though with the celebration of coffee, I gotta grab another cup or two.
Happy #NationalCoffeeDay
Posted by Matt at 11:40 AM