*coffee is poured, sitting in front of the laptop with said cup of coffee for the newest post is required*

So a couple of weeks ago, I tweeted this out:

Here are a few of the responses I got,

And here is the story behind that picture....

About a month ago, a family friend contacted me via Facebook messenger and asked if I was interested in some cards. I was already at my boiling point with the hobby and not finding anything new to rip, so I said sure. Not that I wouldn't have said that anyways.

She sent that picture above through messenger and said her friend was the one selling them for their husband who was no longer collecting and just wanted to get rid of them. So I asked how much and she said, $25.

I responded, "that I would think it through". But, did I really think it through like I should have or at least made an offer? Of course not. I jumped on them like a person in the northeast jumps on anything pumpkin flavored when the first leaf changes color.

The mystery of what could be within and the simple fact I couldn't just see them be sold to someone else, I jumped on them and probably jumped on them too fast. FOMO is real people.

I had tweeted that photo out for fun long after I had already made the choice to buy them even though the cards didn't get to me until after that photo. After reading the responses, I was feeling pretty silly for my choice. I was just hoping I would have something to post today that would prove the critics wrong.

Will I though? Did I prove them worthy at least to myself disregarding what I had spent on them? Or do I feel even more stupid for not asking what others would have spent on the lot sooner? Only one way to find out....

*takes another sip and forgets that he should have looked for some pumpkin spice creamer for this mornings cup. Will jump on that later today*

The cards arrived as you would have expected, 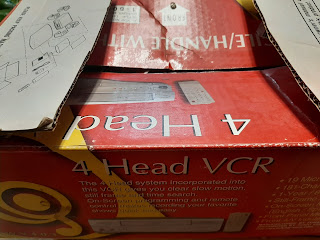 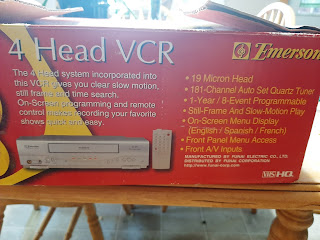 Yup, in an old VCR box. I am probably one of the very few people who still have a VCR or admittedly three in their house that are still in use. I don't think that will surprise many of you who have known me for awhile.

The box started out interesting and promising, 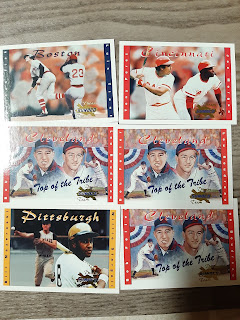 I have never seen these Sunoco cards before and I have seen a lot of cards. 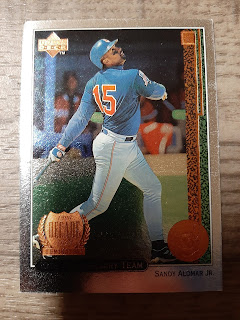 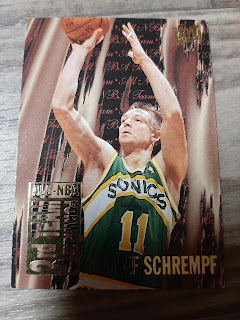 another 90's insert, this time basketball 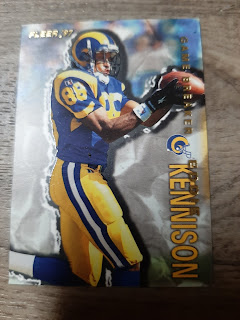 another one for football 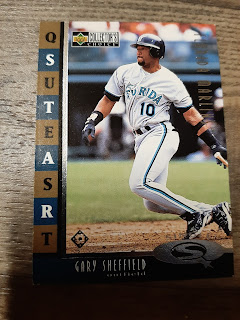 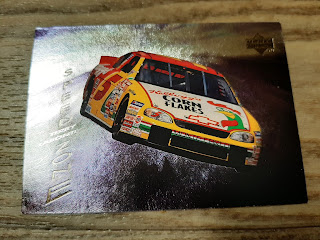 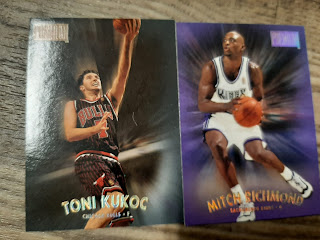 And these Skybox Premium base cards that I was trilled to see.

These were the kind of treasures I was hoping to uncover in here. With these years, this box was becoming very promising.

I hit a streak of 1991 Fleer.....1990 Topps.....1994 Score (that was bricked) and all baseball in this stretch. The cards that give you nightmares before bed at night.
But then came a couple cards I haven't seen before, 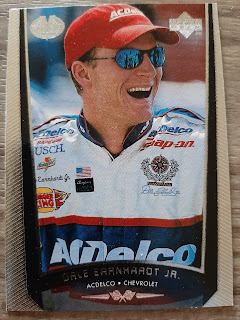 An older Dale Jr (was hoping it was a rookie card, but it's not) 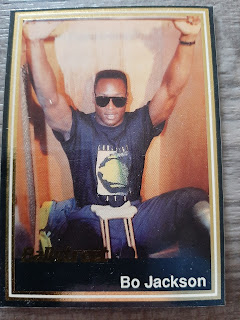 And an oddball Bo. I never mind adding a Bo Jackson and I think most of us wished we were as cool as him too.

Next came some hot rookie cards! 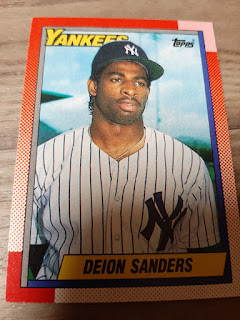 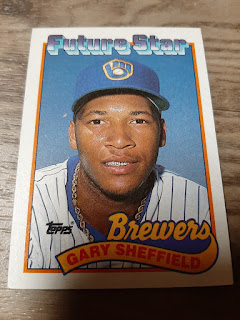 Gary showing off the bling-bling 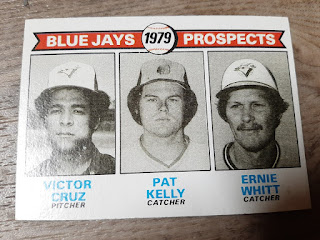 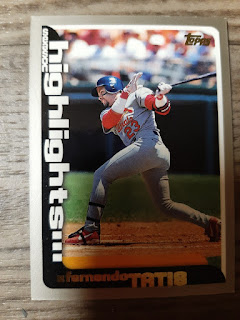 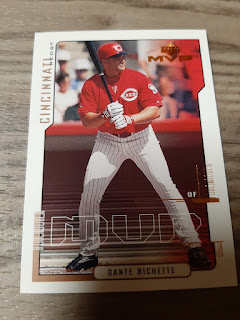 Two of the hottest players in baseball card collecting.

I had to stand up to stretch again. As the said 700 or so cards was more like a couple thousand and the Score baseball was not much fun peeling apart and taking awhile to do so. It was causing both heart and butt ache.

When I got back into the box I was greeted by this, 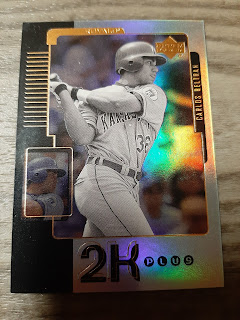 A stretch of luck ensued afterwards 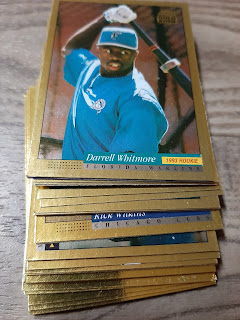 A good run of 30 at least Gold Rush parallels from 1994 Score. No big names and I couldn't save them all from corners and being stuck but most were good. I always dig a well done gold foil card. 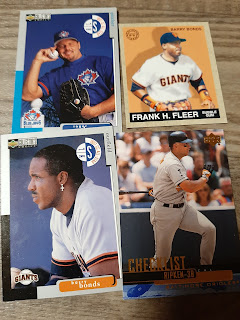 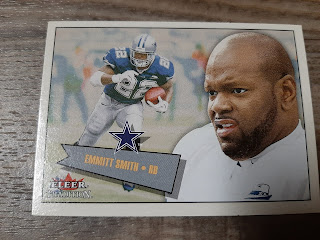 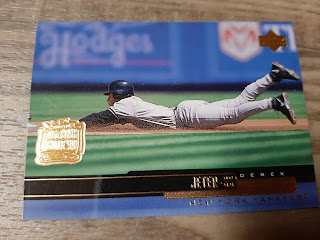 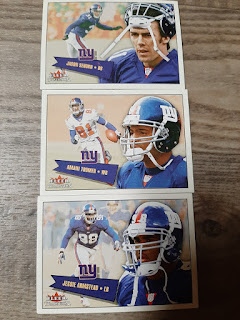 The stretch ended right soon after the Giants find as more 1991 Fleer baseball, 1993 and 1994 Score baseball, 1993 Upper Deck baseball made up the rest of the box. No big stars or rookies either. It was all base cards.

*takes a few more sips, thinks about breakfast and what to pair with this great cup of coffee this morning*

Overall, I probably hauled out a good 100 cards from the box and the rest I gave to my nephew who I am trying to get into sport card collecting. He currently collects Pokemon only, but has shown some interest in sport cards so I filled an empty chip box full of my dupes including all of these. Hopefully with that many cards I gave to him, it will help push him along to the sport side. Not all was junk either I passed along, so hoping he will take care of them as well.

It was a fun dig through that left me with a lot of roller coaster highs and lows. Was it $25 well spent? I will let you guys be the judge.