*takes a sip on this very nice day in July. This July has been one of the cooler ones we have had since 2009 with temperatures today being in the 70's which is more like fall weather. since it feels like fall and football is technically around the corner, let's do a football card break shall we? takes another sip and moves onto today's post*
Move over Beanie Babies and Furbys, we have some Zenith football to rip today thanks to my friend, Shane from Cheap Wax Wednesday who opens boxes like this all of the time on his blog and on Beckett online.
I landed this box in our last trade which was done around Christmas time so this has been sitting in my drafts for awhile now.
So let's get to posting this as Zenith ranks in my Top 5 favorite 90's products. The 1996 version is tops for me when it comes to Zenith with today's rip being right behind it.
*takes a sip, begins to rip* 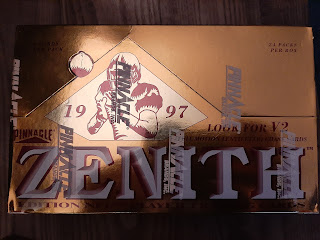 1997 Zenith football boxes came with 24 packs of 6 cards per pack. What was fun about the 90's was the no guarantees and the thrill of the chase instead. Boxes I have no idea what prices are now, I think then it was $30 but I suspect they are more than double that now. 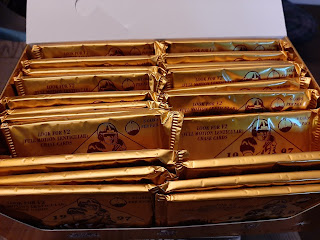 When you open up the box, the packs are laid out like this. My friend's uncle used to cheat the system and count packs. Meaning he knew which row and packs had the inserts while the others were duds. He used to buy boxes and boxes before knowing the strategy. 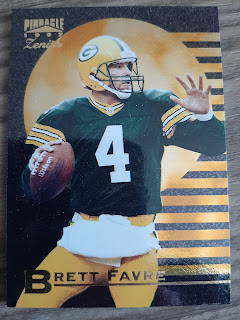 The base set is built up of 150 cards. The background I assume is a moon. There is 100 base cards. 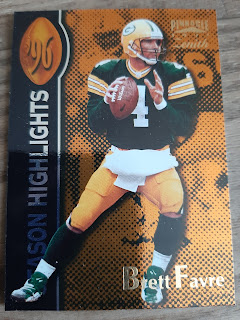 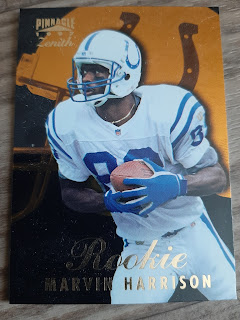 32 "rookies". These aren't true rookie cards as they feature the seasons before rookies.
There was one parallel to find in Zenith. 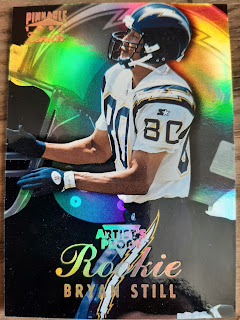 Artists Proofs that fell 1:47 packs. These are stunning to say the least. I pulled Bryan Still, regardless of player, the card looks great.
Now onto the part I know you have been waiting on. 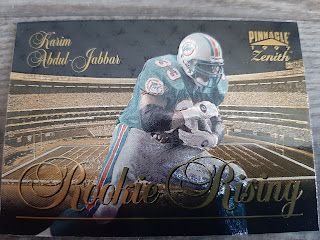 Rookie Rising was already on my list of set needs and with this box I knocked down three of them. These fall 1:11 packs so I beat the odds. 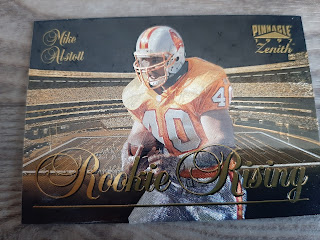 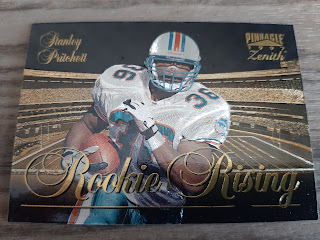 What are the odds I would pull 2 Dolphins ones? And this one was tucked behind another card so I didn't see it at first. There are 24 cards to chase.
Up next, another set chase. 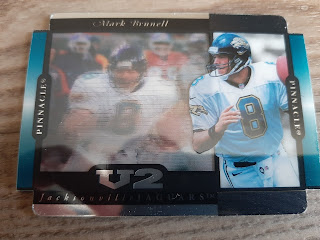 V2's were apart of the movie motion stage we were all fascinated by in the 90's. These fell one-per-box or 1:23 packs. There are 18 cards to chase.
And to my surprise I beat the odds once again..... 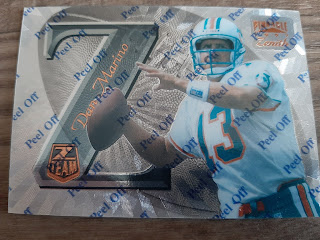 BOOM! 1:72 pack pulled Z-Team. I finished the 1996 Z-Team set, 1997 I am looking at you next! I now own two of the biggies in Jerry Rice (thx to @90sNicheFBCard) and now Marino.
That was a zinga of a box! Puts the caffeine in my caffeine-less coffee I will tell you that much.
*takes a sip before finishing up today's post*
Yeah, it's fun to pull a big rookie card or autograph from today's products, but I will tell you one thing, it doesn't match the intensity of beating the odds in the 90's. Those were the times to collect and why I still continue to collect cards from that era.
Thanks again to Shane for the box to rip. Memories came back and new ones were made.
*Coffee Card Blogger Out*
Posted by Matt at 9:06 AM