*looks outside to see rain, can't sit on the deck, so decides to put up a new blog post and drink the first cup of coffee. Time to talk Cards Over Coffee*

Oddball is defined in noun form as a strange or eccentric person or as an adjective in strange and bizarre.

It's something that I have been referred to as in the past. Yes, your favorite lovable coffee loving card collecting blogger is an oddball.

I enjoy weird foods, I can't have a sandwich without a side of fries or chips, I don't like to drive to places I haven't been before (fear of getting lost), I like the house clean before I go to bed, I like my steak and burgers well done, I wear winter gloves as work gloves, I eat gummy worms when I play Madden so I can't yell at my players, I collect toys from my childhood,  I don't like going out after 7 pm or driving in the dark and sometimes I may act a little childish with my quick wit comebacks and occasional dirty mind. But, that's only because I like to see people laugh. There is no bigger joy than seeing someone smile. Which I hope you do sometimes when you read this blog.

I am also an oddball when it comes to collecting sports cards. I will take the junk that people don't want. Got a shiny Ryan Leaf card? Bring it on! Tim Couch autograph? Yes! Travis Lee second year card? yessir! Andre Williams relic card? Ship it now. Country Music autograph? y'all can pass that along. That insert from 1995 that you can find in dime boxes? Sure, send it. I collect for the nostalgia/fun aspect. I don't need the new/fancy/popular stuff.

And I guess you can also call me an oddball for who I Super Collect. No it's not Patrick Mahomes or Derek Jeter. LeBron, nope. Michael Jordan, side PC but Super Collect, nope. Giannis, cool name, but nope. Curry, Tatis, Robert, Kyler, Burrow so on and so forth, noooooooooooooo.

If you have been following me awhile, you will know it's no other than Super Star running back stud of the NY Giants....Rodney Hampton. You readers that haven't following me long probably expected Saquon Barkley didn't you? Well, though that would be awesome, just can't happen.

*takes a sip and looks forward to talking more about Rodney.*

Why Rodney Hampton? He was a running back I enjoyed watching growing up, he plays for my favorite team and he also played in MY FAVORITE era of collecting. Not too mention, I wanted to be him when I was little. I played as him, the best I could, against friends in backyard football while they played as more popular backs at that time of Sanders and Smith.

I started Super Collecting Rodney Hampton about four years ago out of the blue, Giants blue, and have come a long way since. I have roughly 730 different Rodney Hampton cards out of the under 900 total offerings out there. Along with that I have multiple 1/1's, an autograph rainbow, all of his autographed cards besides two that are 1/1's, an autograph Jersey, two autographed helmets, uncut sheets of cards with Rodney, and plenty of, you guessed it, oddballs.

My collecting of Rodney as of recent has taken a bit of a slow turn, the amount of Rodney's that I need that are listed are dwindling down to about none. All that currently remains are a three oddball proof cards.

There were more of the oddball proof cards I needed, but that last mail day of Rodney I had covered those ones which is what I am showing off today. So make sure you do a refill on that cup if it's getting low and check these out.

*checks to see if its still raining as typing would have been more relaxing outside, it is, back to sitting at the table*

There are two sellers on eBay who sell a bunch of these proof cards. These are cards that are unfinished versions of themselves. Meaning companies made these to check over before printing off the finished product. They could be miscut, bigger borders, no back, so on and so forth.

Both of these sellers had a reasonable cheap amount of them in Rodney form, so I grabbed them. 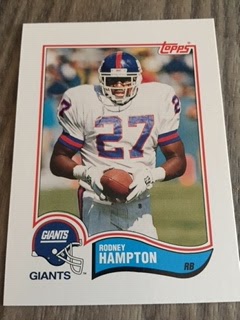 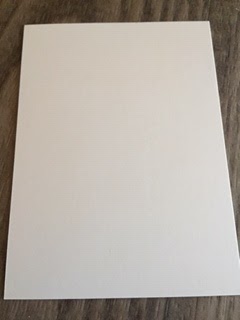 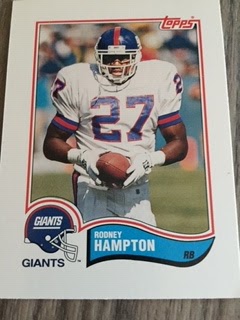 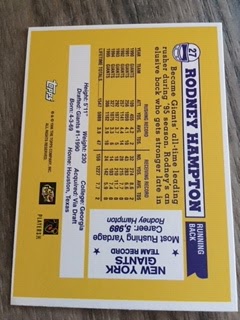 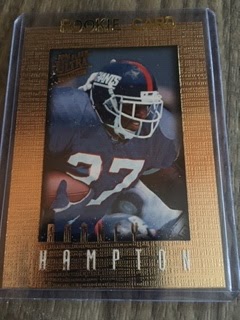 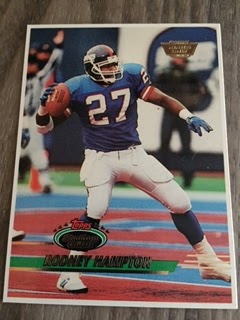 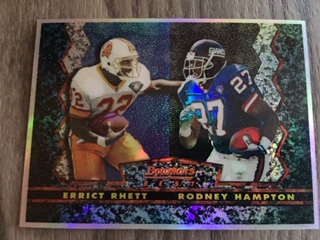 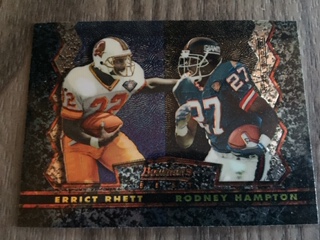 Both 1994 Bowmans Best insert, one is a refractor, the other isn't and both are oversized proofs 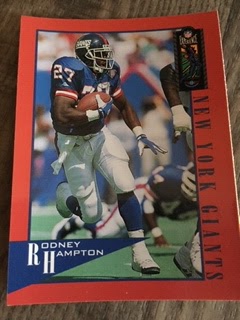 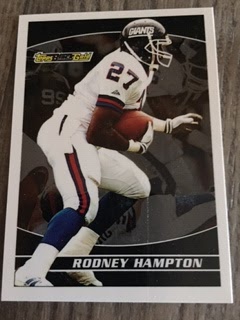 This one is kinda unique, a 1993 Topps Black Gold but without the gold or any foil at all. 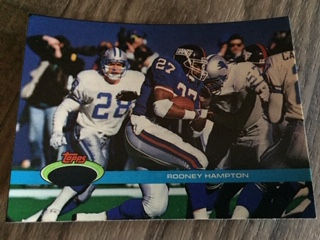 Same goes for this proof 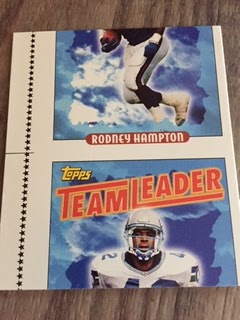 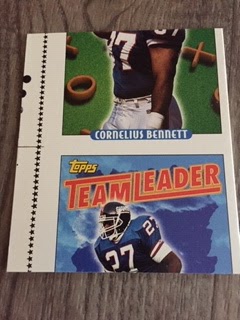 These two oddballs come from an oddly cut sheet 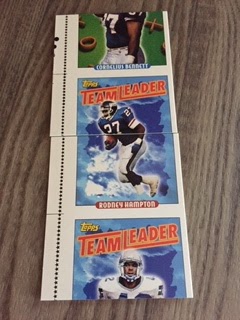 But I picked up both pieces to complete Rodney 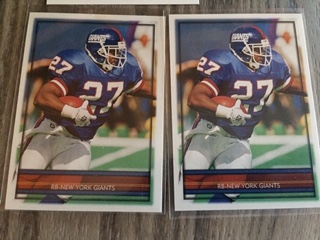 Two 1996 Topps oversized proof base cards with no foil... 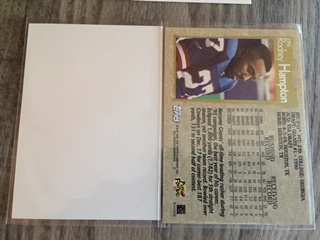 But the backs are different. One is complete the other is blank 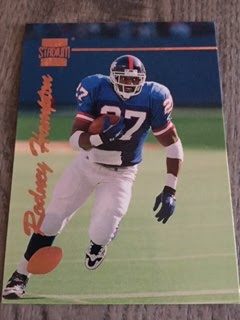 Oversized Cut backs insert. There is no etching on the card or writing on the front describing it as the insert. 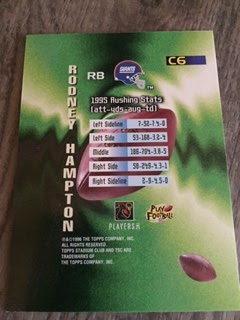 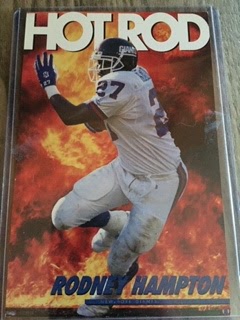 And what I considered the coolest pickup is this flaming hot mini poster. I have no idea what this was inserted into, but I have been staring at it for months and haven't ever seen another like it. It was a must have.

I have roughly 25 oddball Rodney's in my PC now like these above. Some are much cooler than others. When you're a super collector of a player I think grabbing oddballs like these are a must to prove your super PC-ness.

*takes a sip of coffee, notices the rain is finally starting to slow down. Time to go outside and finish this cup but gotta finish this post first*

I find there is nothing wrong with being an oddball in this world. Everyone is different and unique in their own way. We all have our weird perks which is what makes us who we are. If everyone was the same, that would be pretty boring.

Just like with this hobby, if we all collected the same stuff, what would be the point. There wouldn't be one. Collect like you want to, be that oddball.

*does a quick top off of the cup of coffee and heads to the deck to enjoy a cooler, but wet, morning after a long week of heat*
Posted by Matt at 7:50 AM