*woke up too early, sits down turns on the laptop, forgets coffee, goes to get the most important part of the morning, goes back to sit. Realizes he didn't turn the laptop actually on, he hit the caps lock button. Actually turns the laptop on, takes a big chug of coffee and seems ready to go*

It's another Monday morning. Which usually is a drag for most folks but I don't mind them. Except when I get up too early, then it becomes a drag. Like today may be.

Even though I ate a very late supper, I am already hungry this morning so I will grab what I call my complete meal.

What's in a complete meal? 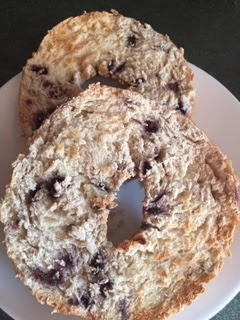 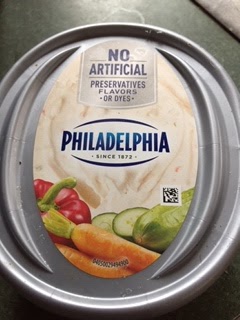 Up next, the greatest stuff known to man, Philadelphia Veggie Cream Cheese. This gives me both my vegetable and my dairy. 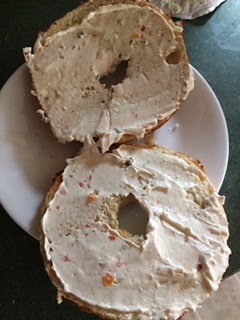 So I spread the veggie cream cheese on the blueberry bagel, top it off with Coffee with Hazelnut creamer (the cup I already poured this morning) which covers both the Meat/Nuts part of the pyramid and the sugar part and we have a complete meal.

I also know now what you are thinking as well, isn't veggie cream cheese gross on a fruit flavored bagel? Well, I will tell you not at all. I have also put it on a Cinnamon Raisin before. Don't gag too much before you give it a try!

It may sound like an odd pairing, but sometimes the most oddest pairings bring out the greatest things.

*sips some more coffee, takes a bite of his bagel, then another, and maybe another. Then moves onto the card portion of this post*

Another odd pairing is thinking about football players being featured on anything but a football field. You know what though, it works and it works marvelously. 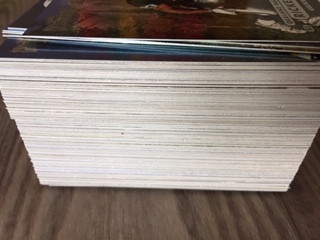 My recent 1998 Fleer Metal additions tells me this. The Fleer Metal cards for 1996-1998 are some of the most unique base cards out there.

Let's take some football players, put some unique background scenes that is based off from the teams location or name that sound obscure but makes them a masterpiece. Who would have thought this genius idea would pan out and be as popular as it is today still.

There were 200 cards in this base set that featured a ton of great scenes and included a few Hall Of Fame rookies.

Let's take a look at some of my favorite cards in the base set, 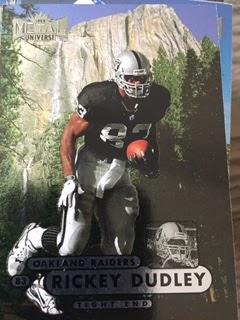 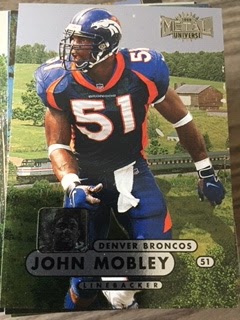 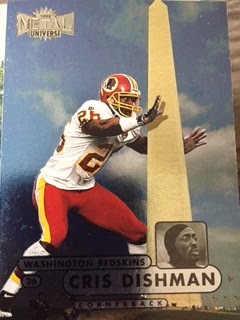 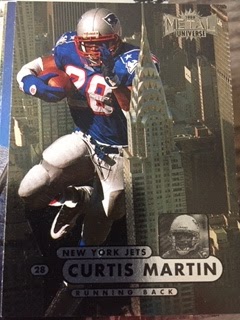 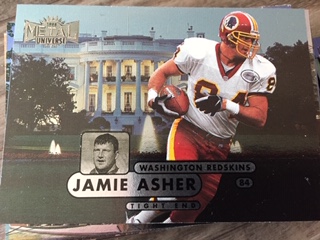 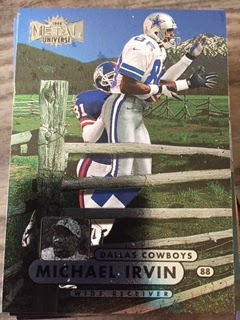 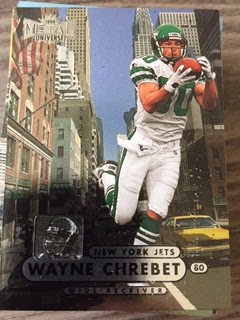 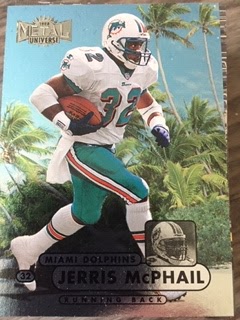 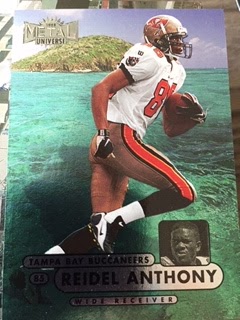 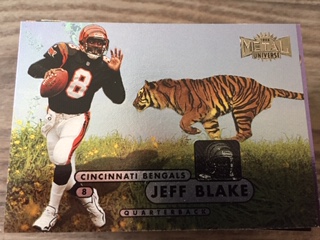 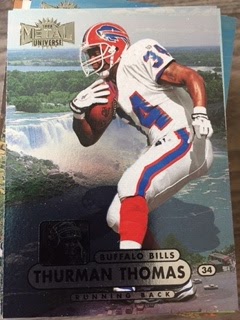 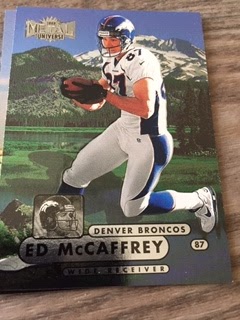 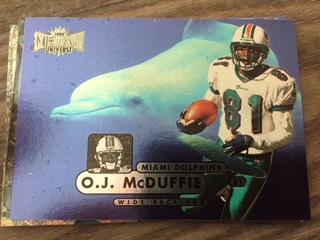 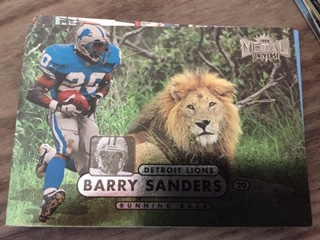 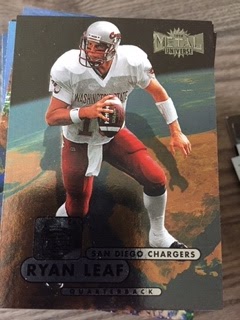 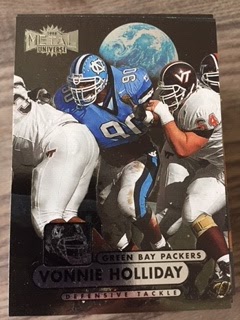 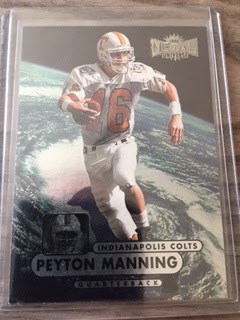 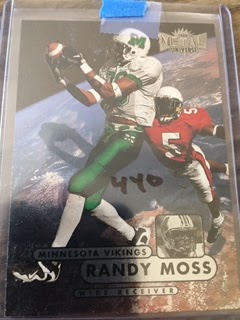 I know one thing, the Peyton Manning and Randy Moss were nailed perfectly with their play because it was out of this world. Two of the greatest to ever play their positions.

However, Ryan Leaf should be shown with a pile of money in the background for what the Chargers spent on him to be their leader. Or maybe a watermark of Peyton Manning's head to show what could have been. I will let you guys decide on that one.

Football players and unique scenes, looks like a well balanced card to me that would fill up a Card Pyramid.

What's a Card Pyramid you may ask? I can see the expression on your face.

A Card Pyramid is similar to the food pyramid. Each section of a card set, base-insert-hits, has it's own pyramid and then has an all together pyramid to make up a product.

An individual pyramid, such as these Fleer Metal cards, has base design as the bottom, player checklist as the middle and back design for the top. Which the Fleer Metal has a well balanced pyramid. A full Card Pyramid would have three parts to make it well balanced. First would be a great base set, followed by unshakeable inserts then topped off with hits. Being a 90's collector, hits are like the sugar to a food pyramid. Not necessarily needed, but nice to have once in awhile in small portions. Though I may have more sugar and hits then I need sometimes which adds a little bit more padding around the collection/waistline.

*finishes up first bagel, moves onto second then takes a sip of coffee to finish up this post*

The big stack of Metal cards isn't a full set. I am still lacking roughly 30 or so cards to completion. I hope to have these wants posted soon.

In the meantime, give the veggie cream cheese a try on a fruit bagel and hope you have a well balanced meal and card pickup today.