OPENING DAY 2021:Have Any Superstitions?

*opening day is here, coffee is poured and its....well...it's snowing. At least I can see green grass and sunshine on TV* 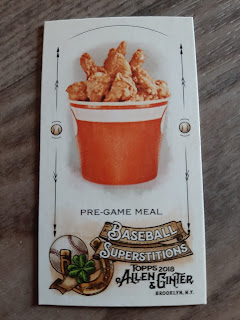 The sweet sound of a bat smacking a ball, the team comradery, the smell of hotdogs and popcorn fill the air. The excitement for every fan knowing their team is 0-0 and could have a shot at winning the World Series this year, even you Royals and Pirates fans, all starts today.
THIS IS OPENING DAY.
*takes another sip realizing I may need to apologize to Royals and Pirates for hinting that they are the leagues two worst teams*
I don't watch as much baseball as I used to, but I try to make Opening Day a day of doing so. As a Yankees fan, more from afar now, I am feeling pretty good about their chances this year. The offense should be able to score some runs, (a healthy Judge and Stanton would be huge in that) and hopefully help out the pitching staff anchored by Gerrit Cole along with a couple of new faces in Kluber and Taillon. I don't know how I feel about their pitching staff quite yet.
Today the Yankees take on the Toronto Blue Jays who appear could be their biggest competition in the AL East. Of course you can never count out those pesky Tampa Bay Rays either.
Whether the Yankees win or not could depend on what they eat pre-game. At least it's that way with some of the players.
*for me it would be a pre-game drink, I bet it wouldn't take you guys too long to figure out which drink that would be* 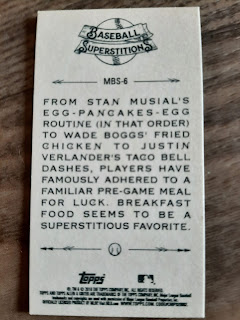 From Stan Musial to Justin Verlander and more, some players have certain pre-game food routine superstitions they stick by to "give" their teams the best chance to win.
I am sure fans probably do as well as they hope to be apart of something special in a teams victory.
For me, I don't have any baseball pre-game food superstitions, but for football, I do. Every Game Day, pepperoni pizza is a must have. Whether I buy a frozen one, have it delivered or a make it homemade (this is what I do most of the time), it has to be served. I also have the football jersey/football hat superstition where I wear it to start a game but if they are losing at halftime or in the 4th quarter I will take it off. It has pulled off some miracles before. Remember Super Bowl 42? Yeah, that was because of me.
*takes a sip before finishing up today's short porch, sorry baseball terms came to mind, short post*
What are some of your baseball superstitions involving food?
Also, Happy Opening Day.
Posted by Matt at 11:00 AM