*coffee has awoken the beast, well, me. It's early but a few sips will get the blood flowing and the typing hands working. I will also need my hands to open up a hockey card product. I am not a huge fan of collecting hockey, but I am a huge fan of Upper Deck and have always been. Just ask Chris Carlin who knows this as well* 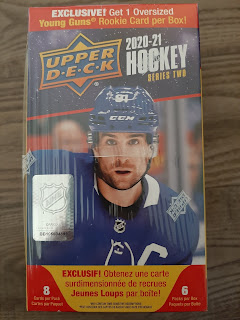 2020-2021 Upper Deck Series 2 Blaster Box
6 Packs, 8 Cards Per Pack
1 Jumbo Young Guns Per Blaster
$19.99 Per Blaster
Summary: Upper Deck Series 2 picks up where Series 1 ended. It includes a new batch of base cards which are cards 251-450, but most importantly Young Guns which is what the big draw is for Upper Deck's flagship product of hockey. Series 2 will include 50 cards,451-500, that fall 1:4 packs and includes the skaters not in Series 1.
You can find the following parallels as well for the base cards and Young Guns that includes, French, Clear Cut, Exclusives, and High Gloss.
The product also includes an Update Set for O-Pee-Chee that is rookie heavy alongside other inserts and Sp's. The Dazzlers insert continues to be my favorite and dazzling to say the least.
The autographs and relics are both rookie and veteran laden.
*takes a sip, begins to rip*
Here are the key cards from my break: 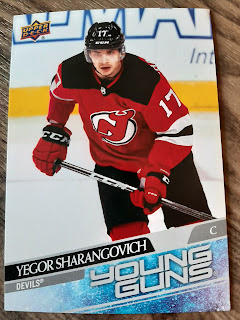 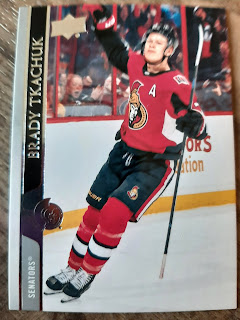 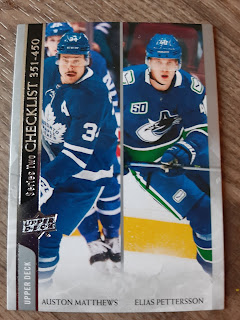 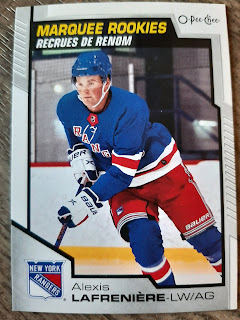 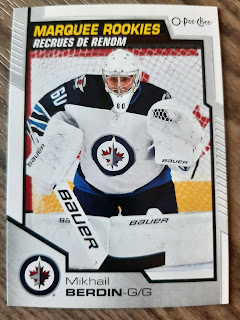 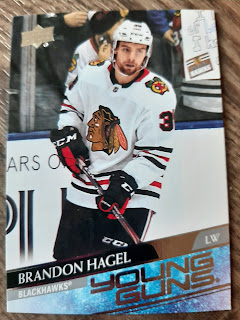 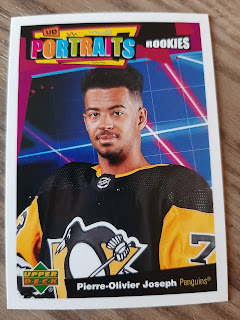 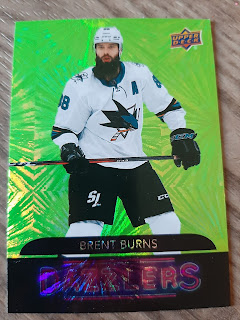 *takes a sip before finishing up today's break and post*
I didn't land one of the top Young Guns but being a rookie card collector I was pretty happy with just one. The O-Pee-Chee Lafreniere was a solid find for an update rookie for O-Pee-Chee being the top rookie going into the season collectors were hunting for. Also being a Rangers fan of the past helps with that one as well.
*takes one final sip, well for the post more sips are coming today, Coffee Card Blogger out*
Posted by Matt at 3:00 AM