*takes a sip after a long few weeks. Sits down and gets ready for a new Cards Over Coffee post*
The 90's are back! Well, not really, though I really wished. But, they are back on here as we get ready to see how another box break went from my trade with Shane from Beckett's Cheap Wax Wednesday fame.
Today's break comes from one of my first favorite product lines of the 90's which only lasted for two releases in Score Summit. Some call it Score series 2 but to me, it would be more of an elegant Score than be apart of Score itself. Or in Coffee terms instead of having a Cup #2 at home, it would be like having your second cup at Dunkin' or Starbucks.
*takes a sip from cup number one at home*
I have never opened a box of Summit baseball and only a handful of packs. However, I have opened a ton of the football product and am still chasing both the base and parallel Ground Zero set pretty hard. I am creeping completing both but I know someday I will reach the ultimate goal.
So I am really excited to finally be able to rip a baseball box of this.
*takes a sip, begins to rip* 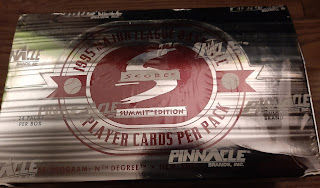 Every box of 1995 Summit Baseball comes with 24 packs of 7 cards. This is a 90's box so no guarantees other than a good time which is how the hobby should be. Boxes when this was snagged ran about $20-$25. I don't quite remember since this was back in November. 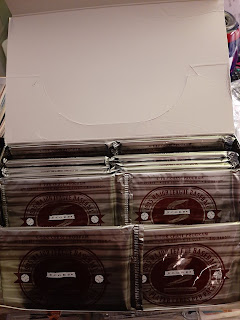 When you open the box up, you see a nice display of packs. Rumor had it back then, Summit was laid out so you could find the inserts by counting packs and rows.
*takes a sip, moves onto pack 1*
The Summit baseball design is exactly like the football one which is great. 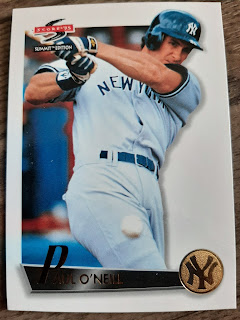 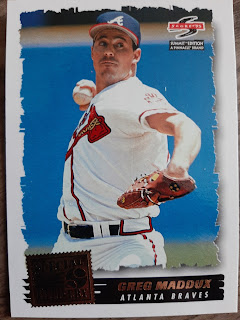 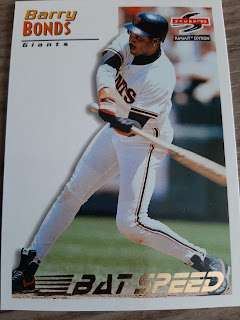 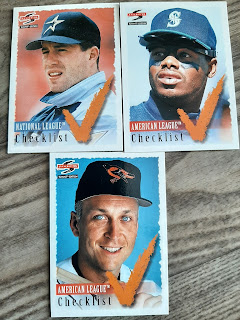 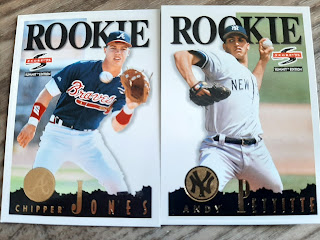 And Rookie which weren't really rookies. Baseball is so complicated when it comes to rookie cards.
*takes another sip, is feeling hungry and may need a snack at least before cup 2* 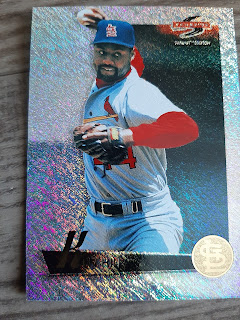 The parallels in Summit are stunning. In football they were called Ground Zero and in baseball are known as Nth Degree. These fall 1:4 packs. 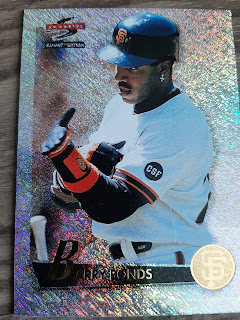 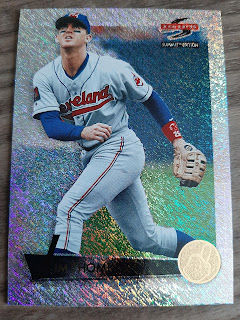 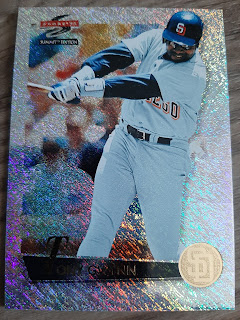 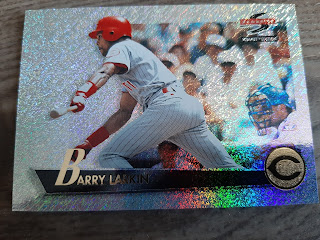 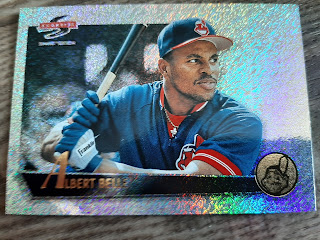 I was really hoping to find my boy Griffey Jr, but most of these aren't bad names to complain about at all.
I am tempted to chase this one like I am with Ground Zero. At the very least, I want both Griffeys.
*takes another sip before I move onto inserts* 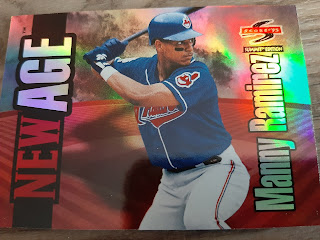 New Age falls 1:18 packs. This is a great looking card. 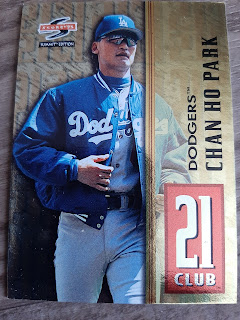 The next pull was 21 Club, a little bit of a letdown compared to the first insert. These are 1:36 packs. 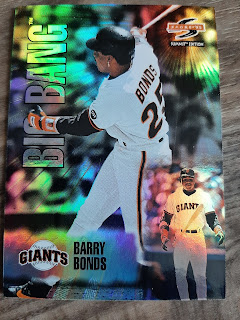 Then came the Big Bang...falling at an incredible 1:72 packs or 1:3 boxes is, Big Bang. Such an incredible card. I was doing Hammer Time after this pull.
*takes a sip before finishing up the post*
That was fun and now has given me even more sets to chase especially when it comes to Big Bang and Nth Degree. I really hope to open another box someday.
Let me know in comments if you have ever opened or own any cards in this set!
*takes a sip, Coffee Card Blogger Out*
Posted by Matt at 9:00 AM