*takes a sip of freshly brewed coffee. It hits the soul and is uplifting this morning. I am ready now for another day and ready for a new Cards Over Coffee*
I know the post title says trying something new, but that won't pertain to my morning cup of coffee. It pertains to being more open to trying things I normally wouldn't.....except switching out my morning coffee for another beverage.
For example, Betty Crocker brought back one of my favorite childhood snacks at school in Dunkaroos. I usually don't try things that get brought back as they are never like the original, but part of my trying new things led me to grab a box. I know I should have grabbed a pack, but just in case I actually liked them, I wanted a few extra.
What can go wrong with coffee, cookies and frosting? 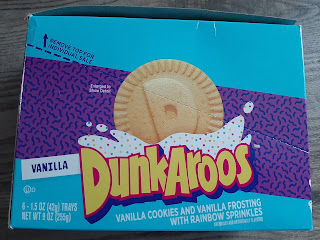 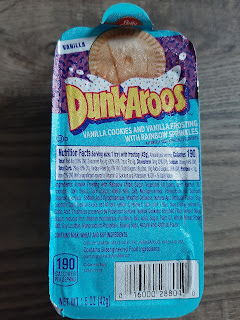 The packaging was as I remembered it. 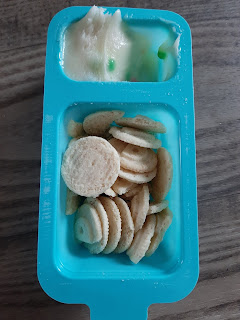 And so wasn't the contents. 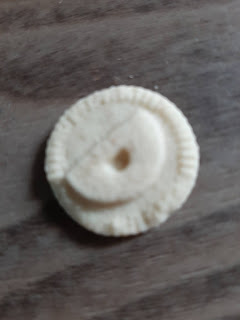 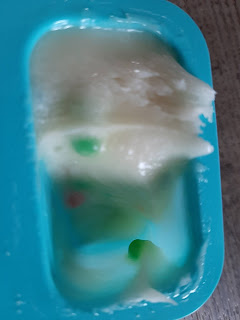 So I gave it a go and I will be happy to report I no longer have to worry about having bought an entire box except the fact I didn't buy two. It was just as good as I remembered and I am hoping to give the chocolate frosting version a go once I find it.
First new thing, awesome. Glad to had taken the chance on it.
But, not all new things you try won't be. 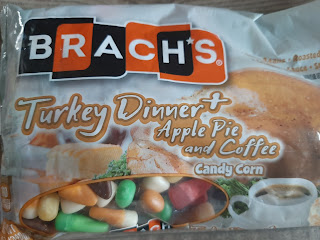 That's when this bag of Candy Corn comes into the conversation.
*takes a sip, takes a bite of another Dunkaroo, life is extra good and nostalgic this morning*
I am a big fan of Candy Corn, don't worry I know some of you are gagging right now, so I grabbed my usual Harvest Corn and Regular bag, then I saw the above bag. I heard about this before, but had never saw one on the shelves around here. So...had to try something new....right?
Well, I regretted it.
I thought, how could you make candy corn taste disgusting (as you are thinking isn't it already disgusting), well, add flavors of green beans, turkey and stuffing and that's a recipe for not success. It actually made my stomach hurt. 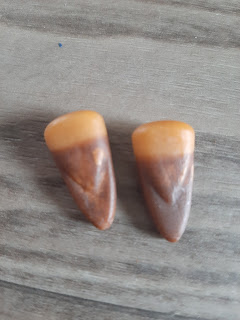 However, the apple pie and these coffee flavored ones above were pretty darn good. If they made a bag of the coffee flavored ones I would be in heaven. Maybe even change the blog name to Cards Over Coffee Corn.
*takes another sip of real coffee, not the candy corn kind melted down*
I usually try not to copycat another bloggers pickups as I feel weird posting the same cards they just did, but sometimes they are just too interesting not to. So I have been trying something new by picking up some of the cards I have seen on other blogs especially Jon's A Penny Sleeve For Your Thoughts.
Him and I have some similar collecting interests so when I grabbed the lot of Ren and Stimpy, I also snagged another card I believe was in the same post.
When I saw this cool "rookie card" of  Robert Englund Jon had posted, I had to grab a copy for myself. 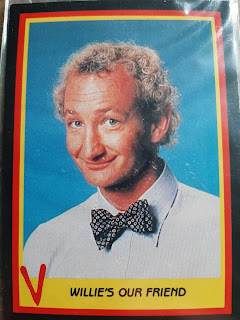 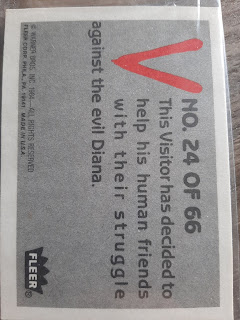 And what better person to show off in October than this guy who was known as Freddy Kruger. I have no idea about the show V or who he played on it but know about the guy who haunted teens in their nightmares. As I said before, I grew up watching horror movies with my mother so this card is nostalgic to me and those are the cards that mean the most.
*takes another sip and another Dunkaroo before finishing up today's post*
There is nothing wrong with trying new things whether it's trying new foods or finding new ways to collect or even trying to collect things others collect. How would you know otherwise if its something you like if you don't take the chance?
It took me a long time to try new things as I am a repetitious person, but, breaking out has led to some fun discoveries that I wished I had tried years ago.
*Coffee Card Blogger Out*
Posted by Matt at 10:00 AM